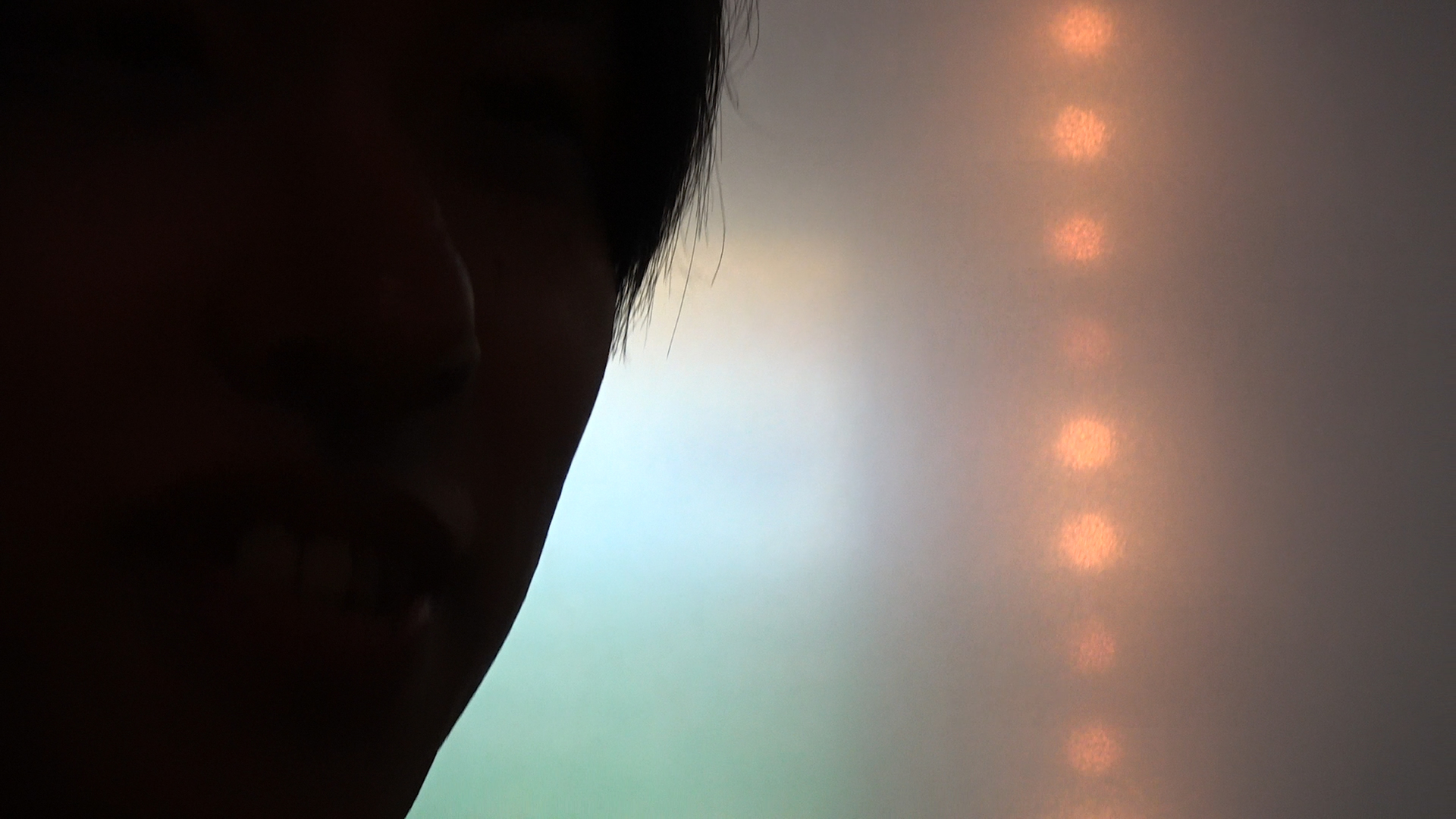 KEN NAKAHASHI is pleased to present Shibboleth—I peep the ocean through a hole of the torn cardigan, a solo exhibition by Eiki Mori, to be held from May 1 until May 29, 2020.

This is the third solo exhibition by Mori at KEN NAKAHASHI. His first sound installation will be shown. A horn speaker, used to send small sounds far away, will emit whispers of various voices that read Mori’s poems in multiple languages. In the galley space, these voices shall sound nostalgic but at the same time be felt as if they are heard for the first-time, coming from somewhere around the globe. It will be combined and be composed of sounds and moving images.

In conjunction with the exhibition, KEN NAKAHASHI will publish Mori’s first photo essay Letter to My Son, including the 25 short Japanese-English essays serialized in Shukan Dokushojin, still pictures from Mori’s video work of the same title and an unpublished poem.

Mori is especially known for his photography on the subject of diversity including sexual minorities, but in recent years has developed a wide variety of methods such as video, performance, writing and poetry.

In recent performances he has tried exploring the boundaries between oneself and others, and engaging in physical dialogues, by reading poems mixed with his own experiences or memories and by performing with others. These practices could perhaps be explained as an attempt to open small disappearing voices to the public—kept as small as they are—to visualize the intimacy taking place.

Mori has held two solo exhibitions at KEN NAKAHASHI, and has also been actively participating in exhibitions at museums and art festivals, deriving various opinions on the environment surrounding gender topics and sexual minorities. From December 2018 to January 2019, Mori participated in Things So Faint But Real—Contemporary Japanese Photography Vol. 15, held at Tokyo Photographic Art Museum. In 2017 and 2018, Mori played a performance for Festival / Tokyo.

Through these books, exhibitions and poetry reading performances, he has posed questions regarding the diversity of LGBT and others derived from personal experiences into the public, participating himself in what might be overlooked in society. Mori’s practices are starting to have a widespread impact both in Japan and abroad.

Mori has published four photobooks. In 2014, Mori received the most prestigious Kimura Ihei Award for intimacy.

Letter to My Son will be the first photo essay for Eiki Mori as author, and KEN NAKAHASHI as publisher. The essay by Mori of the same title serialized from July 2018 to January 2019 in the book review magazine Shukan Dokushojin, is a story of a poet and an artist who appear in New York before 9.11 and Tokyo today, depicting semi-autobiographical encounters and partings. The book will include 25 short Japanese-English texts, still pictures from Mori’s video work of the same title, an unpublished poem.

For its publication, we will bring a crowdfunding campaign from March 28 (Sat) until April 24 (Fri) at a crowdfunding platform Motion Gallery. The collected funds will be used for the production costs.

This essay may be semi-autobiographical, but I believe it’s at the same time a universal story about irreplaceable encounters, unavoidable breakups, friendship and affection beyond time and space.

Though the scope of what I can imagine may be limited, yet today, in the past and in the future, right next to or far away from us, there must really be a lot of voices swallowed before being uttered, voices spoken with great effort or struggle but wiped out regardless. It may well be our own voices we cannot deliver.

In this story, there are actual poets and artists, existing names of shops and places, but the names of the protagonists are not written.

I strongly hope that you, and many others, will find the voices that you’ve swallowed, the cries of prayers and the tones gently cast on your loved ones, among the nameless voices in this book.

I hope that this book and this voice will reach many of you!

Eiki Mori was born 1976 in Ishikawa prefecture. Graduated from The Photography Dept., Parsons The New School for Design in 2001. In 2014, he released intimacy, for which he received the most prestigious Kimura Ihei Award.

Some recent solo exhibitions are Family Regained (2017) and Letter to My Son (2018) at KEN NAKAHASHI, and group exhibition Things So Faint But Real -Contemporary Japanese Photography vol.15- (2018-2019) at Tokyo Photographic Art Museum.

Mori’s works are part of public collections, including SUNPRIDE FOUNDATION and Tokyo Photographic Art Museum, and have been collected by many individual collectors both in Japan and abroad.