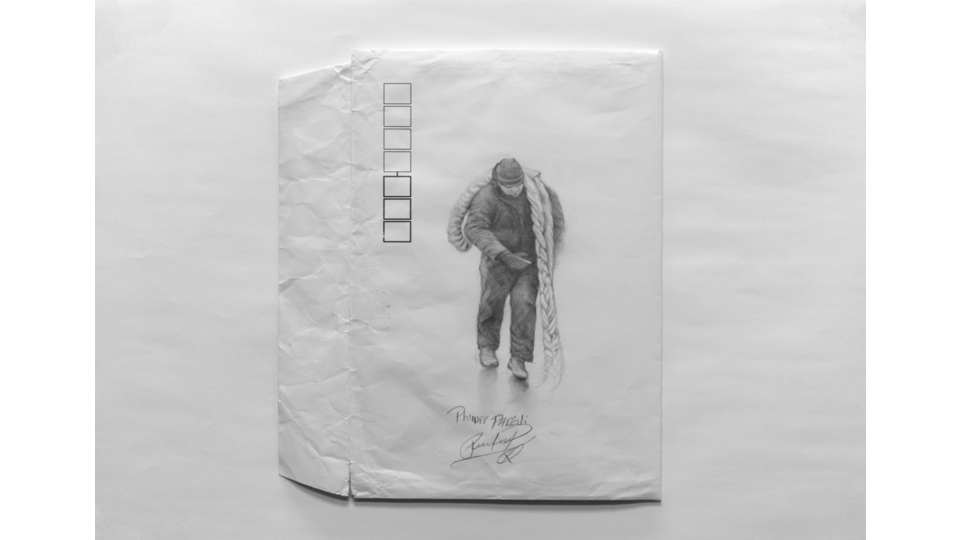 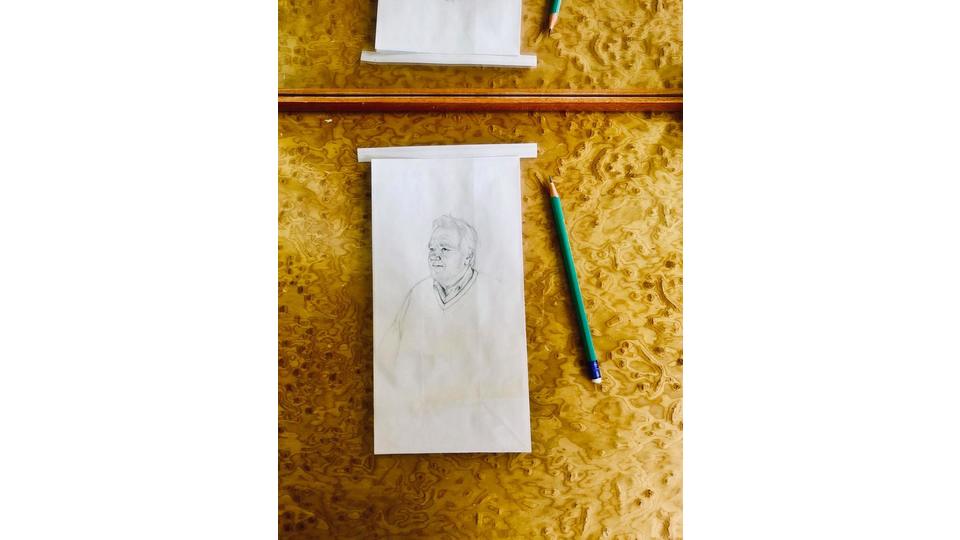 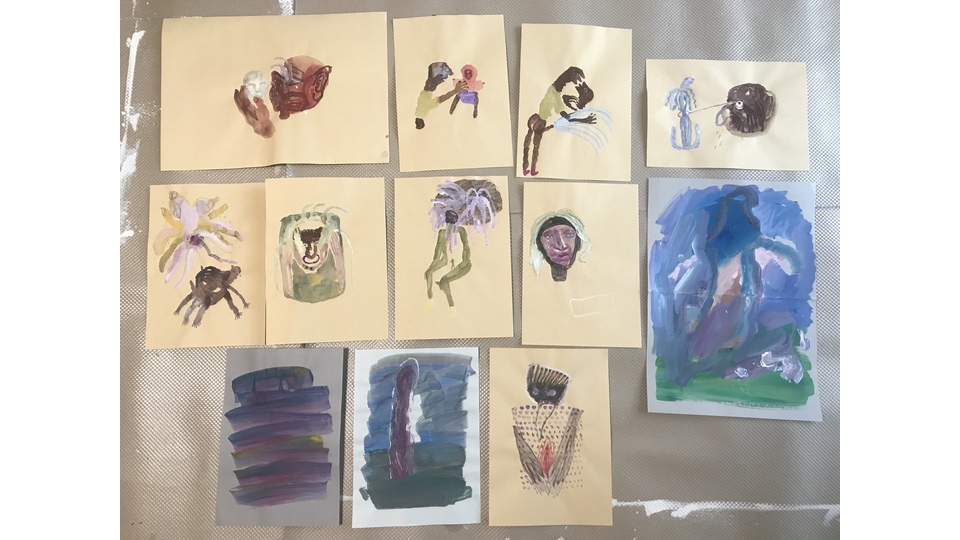 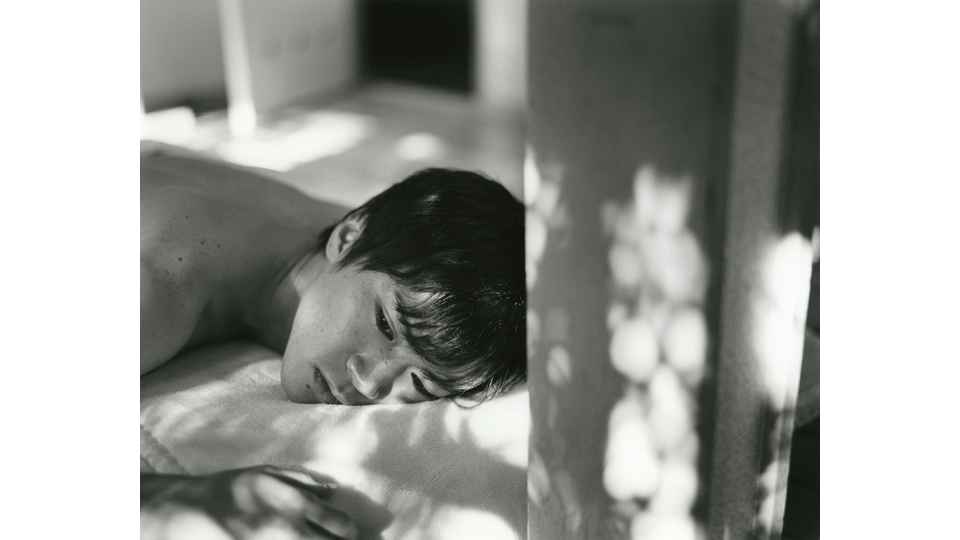 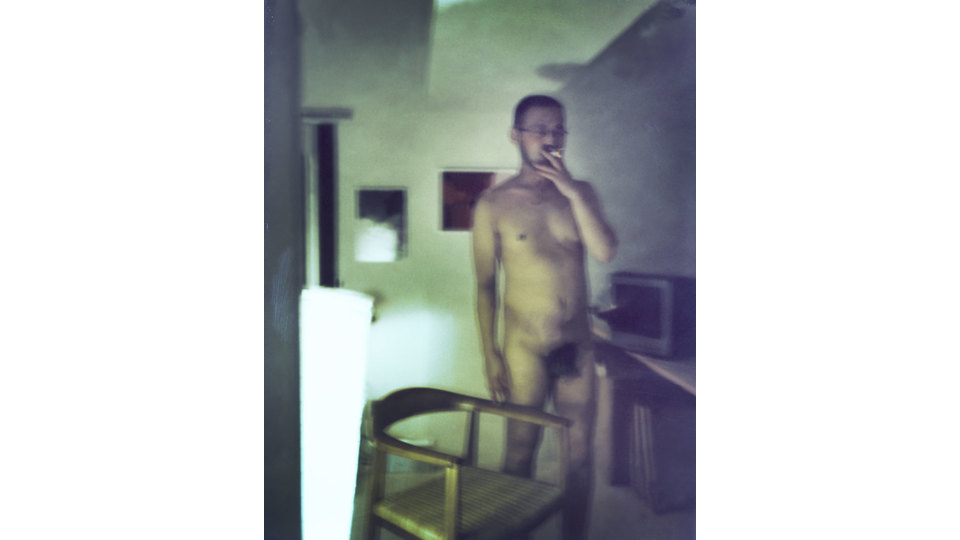 The exhibition title one’s behavior does not just imply the common theme behind the exhibited works. It also advocates the attitude and mind of understanding and love each other, and indicates the behavior in every moment that becomes a source of thoughts and heat of communication.

Alongside drawings and photography, words of narrative such as poetry, prose and stories spun out of the trajectory of daily thinking, will be consisted together in the gallery as a meshwork of stretching relationships. It is an attempt to generate a polyphony based on consciousnesses and voices of each individual.

Shinji Ihara gazes at human imagery, at his close friend, loved ones, and self existence in the relationships with others. For Ihara, the loneliness felt from society and communities becomes a root of his creation driven by the wish to connect with others. In an attempt to bring closer the distance between self 'ME' and others 'YOU', the MEYOU series exhibited in October 2018 portrays anonymous people he met on SNSs, based on randomly exchanged messages and images. After the exhibition, Ihara left for a journey around the world.

Recently, Ihara works on a new series Love Your Neighbor, a collection of memories of the people he met through the trip, drawings on paper bags or envelopes and photos as records of those encounters—all of which are 'small things' that are usually overlooked, but could be the junction of those memories. In this exhibition, a part of this new series will be shown as a prologue.

The act of trying to get closer to neighbor yet to be known through journey and deepening understanding of others could be seen in Mariko Matsushita's works, such as Red Room which covers windows with red cloth she collected around the world, or her proliferating drawings and writing notes. Matsushita holds interests in the dialogue with nature or the source of oneself, regional deities and views of life and death.

Thinking of human beings, though scary and bizarre they may be, she creates drawing in approach to come in contact and connect with them if possible. She also jots down notes to not forget the floating strings of thoughts and have yet to coagulate into having a solid code, and accumulates these all together throughout her travel around the world. Matsushita's work can change like a diary, reflecting daily emotions and memories. In this exhibition, the drawings during her calm state will be shown. The lines and words left on each pieces of paper are all small beginnings and continues to grow.

The act of generating many new beginnings in the relationship with others is also common with Eiki Mori’s attitude towards describing ‘things so faint but real’— the same title of the annual exhibition for Contemporary Japanese Photography at Tokyo Photographic Art Museum—in multiple mediums, such as photography, video, performance and writing.

In 2018, Mori played a performance called A Poet: We See a Rainbow at Festival / Tokyo 2018, a poetry reading mixing in his own experience and feelings, posing questions derived from personal experiences into the public regarding the diversity of LGBT and others. Under the theme of ‘two people communicating despite their voices and words decaying', voices reading poems alternately and the sound of bells gently echoed and disappeared in An Impatient Future, performed as a related event to the exhibition Things So Faint But Real—Contemporary Japanese Photography Vol. 15, held from December 2018 to January 2019 at Tokyo Photographic Art Museum. During the same year at 3331 ART FAIR, Mori performed Sweet Shibboleth, a performance in which intimate memories are converted into physical movements, visualizing and imitating each other, based on the concept of the boundary between self and others.

The thoughts and questions derived from these exhibitions and performances became the initiation for Mori to continue to counsel in what might be overlooked in society, setting himself onward for new production activities. The new works will be released on several occasions including solo exhibitions. This exhibition will show three unreleased black-and-white photographs, a ‘portrait of oneself’, as contrasted with the ‘group portrait of the extended family’ derived from the red photos from the series Family Regained. Family Regained observes the family, an epitome of social forms, and assimilates them into his photographs to derive new relations. On the other hand, although the monochrome 'portraits of oneselves' are physically and psychologically outside the family, it seems as if love and intersecting voices ooze out between Mori and his subject. It is also an expression of the consciousness, strength and solitude as an individual disregarding the roles or societal norms as a member of the family or society, at the same time, expressing the loving thoughts for others—or desire for others—which are emotions that are held for the very reason of being an individual.

The attitude toward future production, the amount of heat driven for continuous communication and the spirit of 'neighborly love', to makes it possible to see what could not seen before, and to better understand oneself and others with more love. These are aspects also found in the practices of Jörgen Axelvall, in his life work ‘boy and flower’ photographs and the stories he recently began to write.

Being in process, Axelvall recalled what happened from his childhood to adolescence at the transitional stage of becoming openly gay, then accepted it, which led to a better understanding of where his photography was headed.

Go to become which crystallized his own photographic work with poems written by Mutsuo Takahashi, one of the most prominent and prolific poet, essayist and writer in contemporary Japan, and a short story And I reminisce manifested at his latest solo exhibition at KEN NAKAHASHI in November 2019 with the same title, are major examples of his consistency in aiming to more deeply understand himself and others through photos, poetry and stories, in inclusion of others. In this exhibition, Axelvall presents two new photographs of friends and flowers, along with a small poem that will start the sequel to And I reminisce.