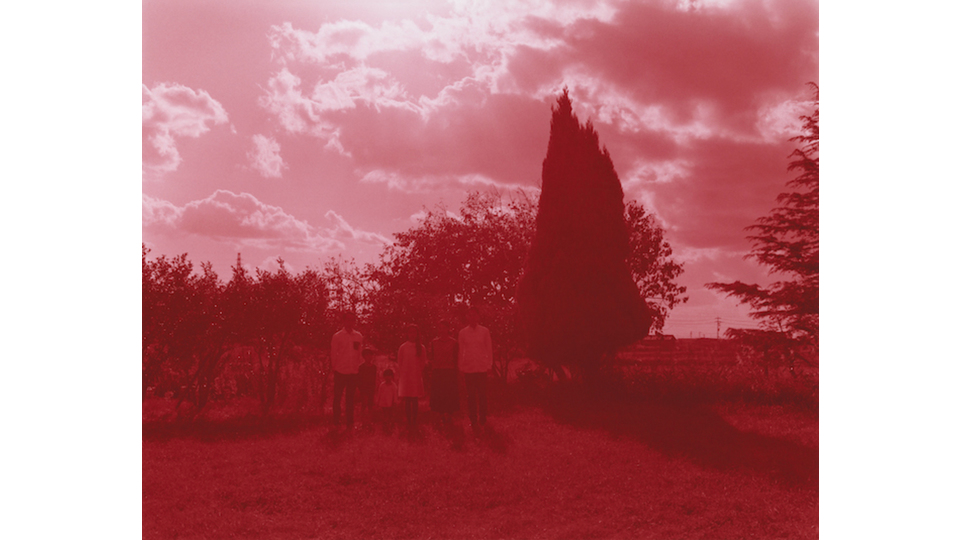 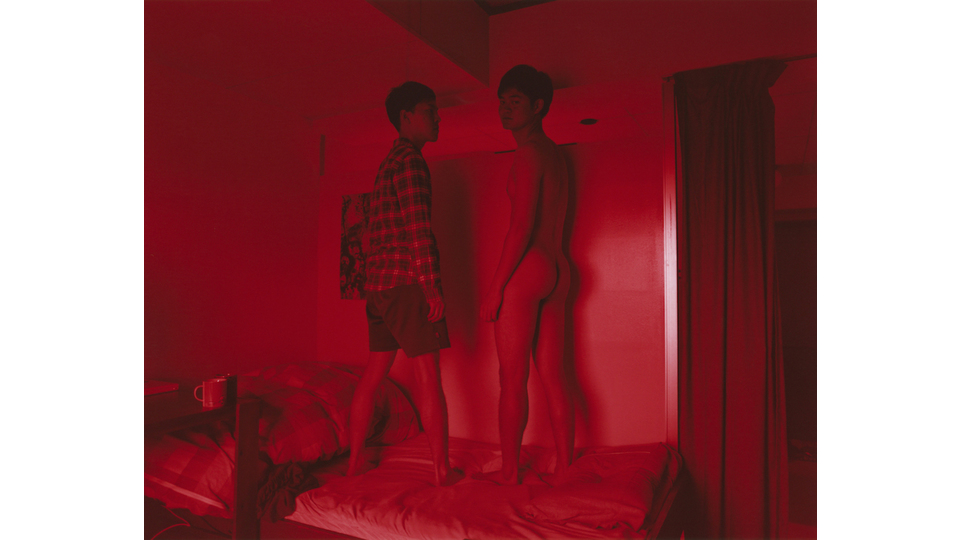 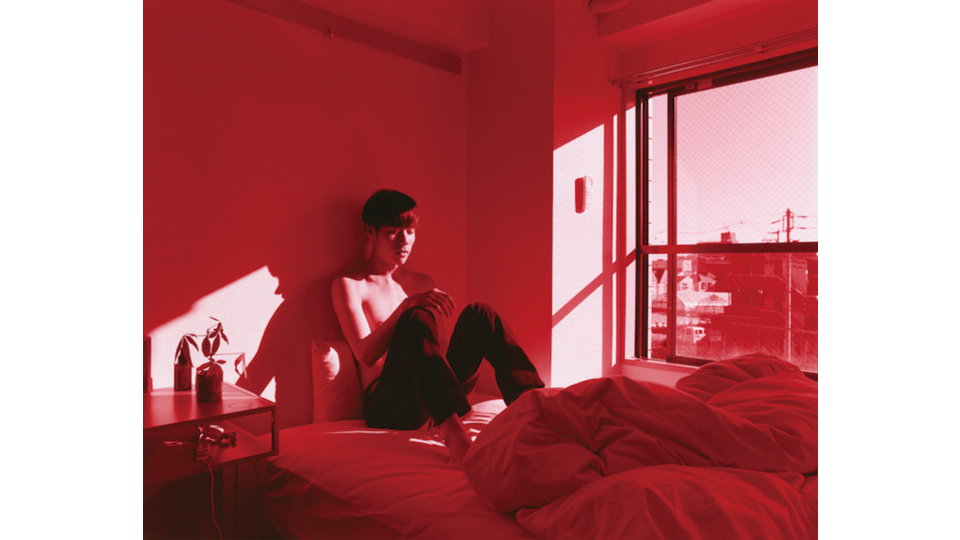 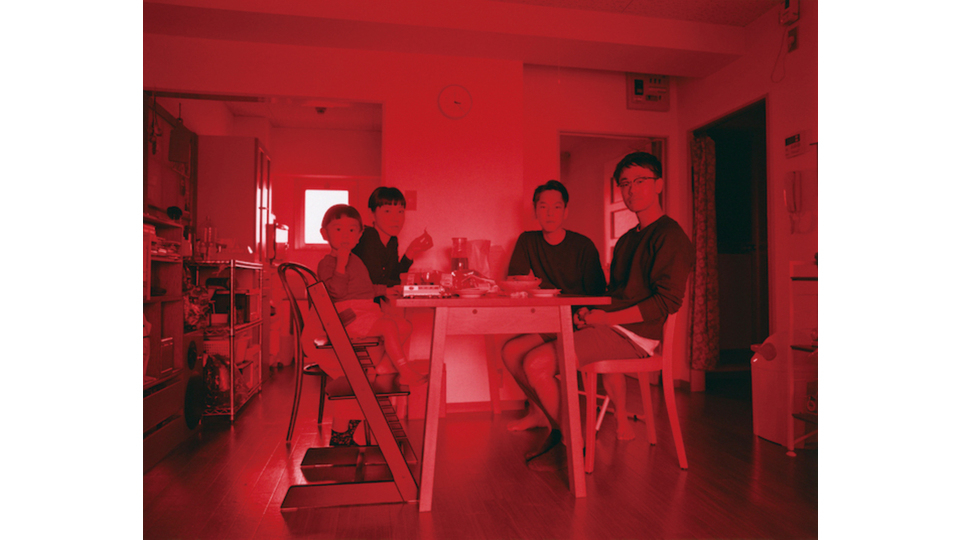 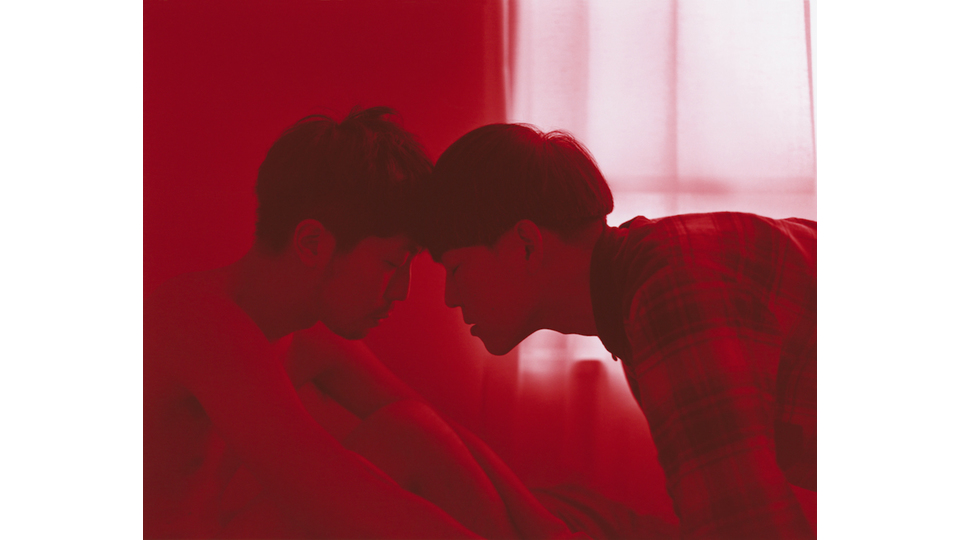 KEN NAKAHASHI is pleased to announce Family Regained, a solo exhibition by Eiki Mori, to be held from September 8th (Fri) until September 30th (Sat), 2017.

This exhibition, Family Regained will be comprised with a selection of his latest works from a photo book of the same title, to be published from Nanarokusha in fall 2017.

The title is borrowed from the epic, Paradise Regained (1671) by English poet John Milton. Family as a theme, Mori shoots himself with his friends, acquainted lovers, and families at their place and yard, using the self-timer function.

Filtered through the fundamental color of blood, a red scenery arises apart from its surrounding society, as if it is an act from a theatre.

The concentration on this theme implies retrieving and connecting those who live together, a microcosmos of the social community in diversified forms and sexualities.

It is an observation of the family, a sociological performance that sublimes the visual art medium, and an aesthetical or political aim to spread a visualized and acknowledgeable image. Mori’s photography and contemporary families synchronize to form an insight into today’s idea of a family.

“Reincarnate, reencounter, re-love and live together. I explore the aspiration dreamed by many lovers, envisioning happiness and love. I go and meet the family in the future on the behalf of them”, Mori says.

Emphasized in theatrical living spaces with his friends, this new series by Mori catapult viewers to solidarity, cohesion, and the spirits of those connected.

Born in 1976, Kanazawa, Japan. Graduated from the Photography Dept., Parsons The New School for Design.

Lives in Tokyo. His work combines self-portrait, performance, photography, and video. In 2009, he released CROWS AND PEARLS, a collection of portraits of Tokyo boys in the dark, collaborated with Komichi Kobayashi, published by Edition Nord.

In 2011, his first monograph, tokyo boy alone was published by Revolution Star Publishing Taiwan, which became a breakthrough to make him one of Asia’s most distinguished emerging photographers.

In 2013, he released intimacy, photographing his partner for over an year since they have met, resulting in diaristic pictures of over 264 pages, both as a photo book and an artwork in its form. In the same year he received the most prestigious Kimura Ihei Award.

Wedding Politics, is a performance and its film recording that depicts ideals on same sex marriage. As Mori and his ex-partner don a white fabric mimicking a wedding costume, they ask people passing by to take a commemorative photograph of them.

There is a prominent political thought, and a challenge to create relationships with strangers to get involved in society, appealing within a visual medium.

Mori is also noted for shooting magazine pictures in Canada, America, and Japan from an early age.

Title of the work: Family Regained: The Splash -We brush our teeth, take a shower, put on pajamas and go out into the street-

Title of the work: Family Regained: The Picnic