Letter to My Son 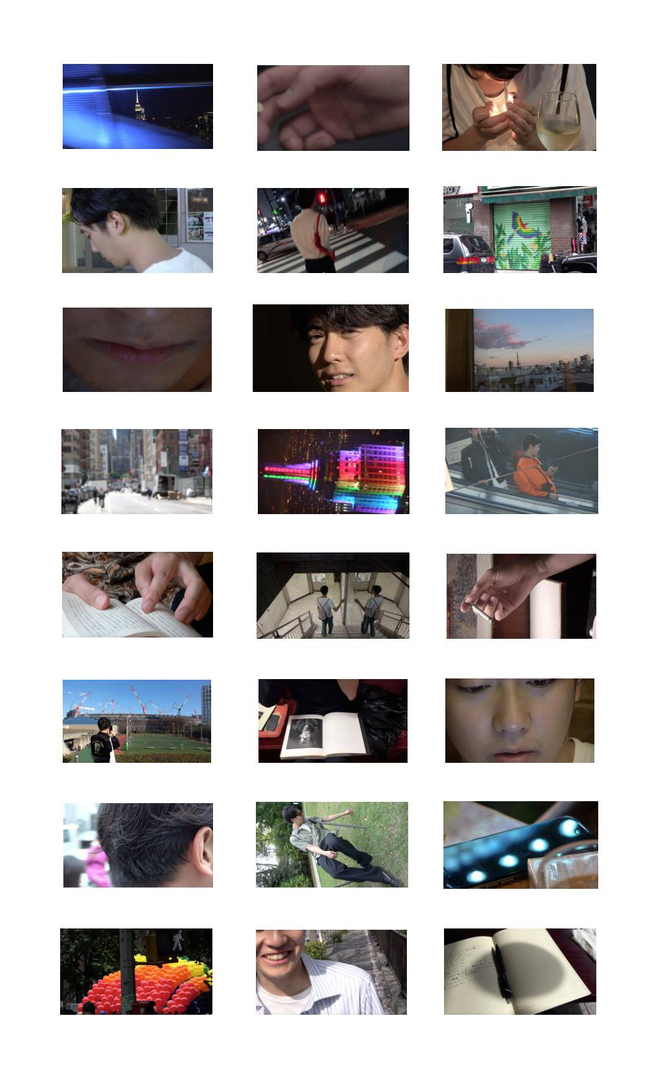 KEN NAKAHASHI is pleased to announce Letter to My Son, a solo exhibition by Eiki Mori, to be held from November 23 (Fri) until December 22 (Sat), 2018.

Letter to My Son - a letter dedicated to an imaginary son, tell us about ‘a relationship strong as a chain’.

“There are moments, no longer than a few seconds or less, for every small habit, a gesture, glance, footstep, the sound of lightening a match, hair flying in the wind… the scenes flow and switch, one after another, being driven by something undefined. Various fragments swiftly sprinkle and twinkle, spilling in front of our eyes, accumulating while simultaneously disappearing. This is akin to memories being born, changes happening by time, passing but also prevailing. Each facet is spun and connected so that it becomes a character, words, and eventually a letter”, Mori says.

This exhibition comprises video work that Mori has created from his shoots and recently edited, and seven works made with Mori’s hand writing on letter-paper together with envelop and photographs. The artworks are based on his memories with his friend in NYC where he lived and studied.

In the essay with the same title, serialized in the weekly magazine Shukan-Dokushojin, Mori depicts his thoughts about three people from different generations, a grandfather, a father and a son, taking place in New York before 9/11 and in current day Tokyo. The timeline overlaps yet the stories are solidly connected and move effortlessly between, and beyond, time and city.

Letter to My Son (Single-channel color video with sound, 7 minutes 30 seconds) blends two perspectives and actions; the flow and vividness specific to moving images, integrated with moments captured much like still photographs. A strong connection emerges by Mori’s meticulous editing which traces the folds of one’s heart.

When pursuing the fragmented memories emitted from Mori’s works, we get a premonition; a path filled with traces from a subconscious mind. By following previously unrelated individuals we get an understanding of how people connect to one another.

These relationships may not apply to the traditionally accepted framework of what a family is. Between the individuals, and the people around them, relations are chained together by dense emotions. The different outlooks from each one of the three generations highlights ‘one’s being’ as something both real and imagined, moving seamlessly back and forth between time and place.

About Eiki Mori and his works

Eiki Mori is a Tokyo-based artist, known for his photography exploring themes about ‘same-sex marriage,’ diversifying ‘family forms,’ and ‘gender identities,’ through putting himself in a fictitious situation amongst his lover and friends in front of the camera. The concentration on this theme implies retrieving and connecting those who live together, a microcosmos of the social community in diversified forms and sexualities. For his practice, he uses multiple medias such as photography, videos, performance, and text.

In the series intimacy, Eiki Mori photograph his partner for over an year since they have met, resulting in a dialectic photo book of 264 pages. In 2013, he received the most prestigious Kimura Ihei Award for this series.

Family Regained is an observation of the family, a sociological performance that sublimes the visual art medium, and an aesthetical or political aim to spread a visualized and acknowledgeable image. This series relies on self shot portraits taken over 3 years, picturing himself with friends and their families at their places and yards using a self-timer, and performance videos as an exploration of insight into today’s idea of ‘a family,’ documenting a fictional family’s memories composed of a man, a boy, and Mori himself, strolling around the city of Tokyo. Filtered through the fundamental color of blood, a red scenery arises apart from its surrounding society, as if it is an act from a theatre.