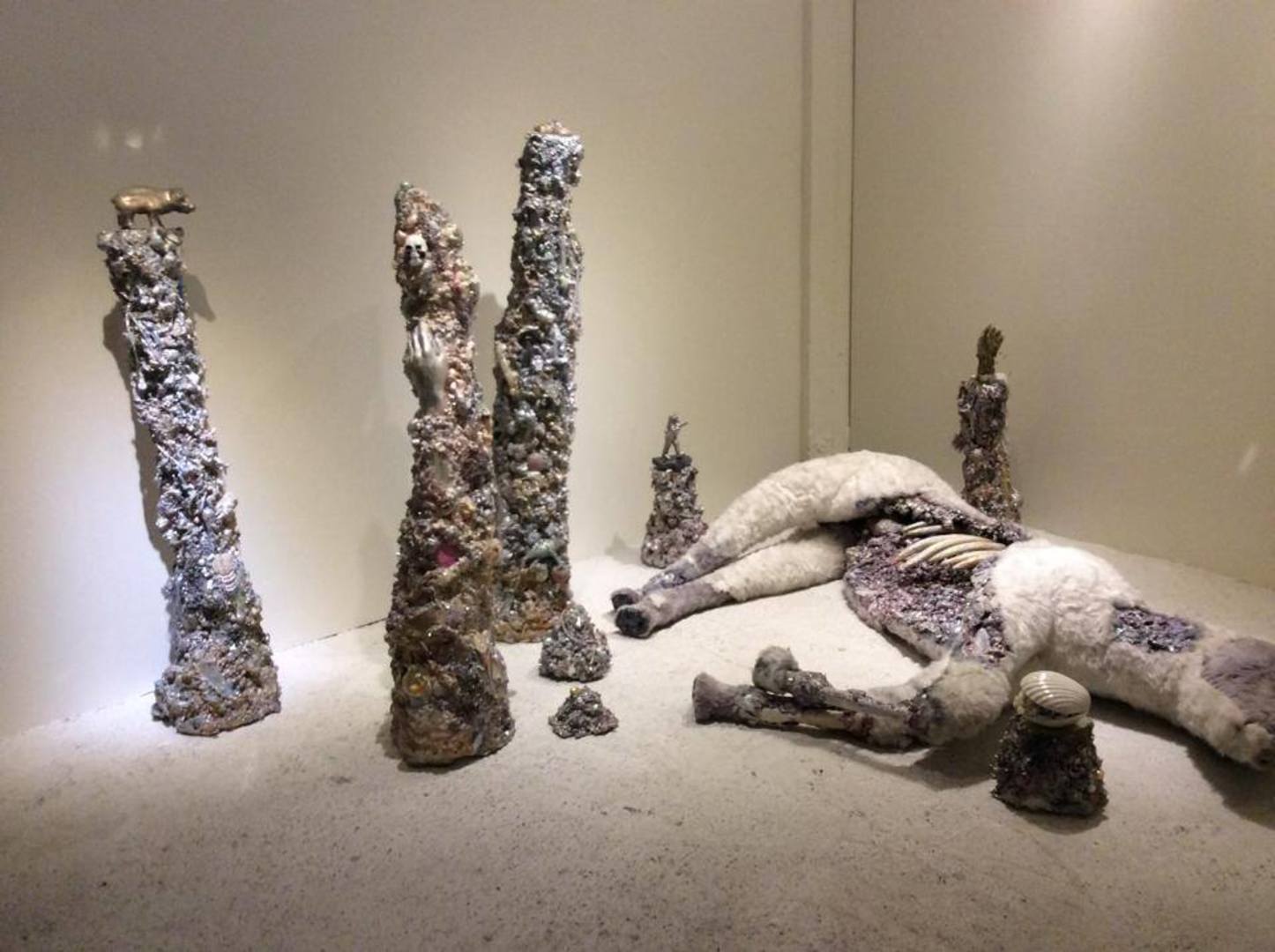 Born in Buenos Aires in 1983, as a child moved to New York with her family.

She lives in Tel Aviv from 2006 and studied at the Midrasha School of Art.

Spending the past 8 years living in Tel Aviv has led her to dig deep into the cultural, religious and mythological practices of the civilizations that once previously inhabited the Ancient Near East and Levant.

Her research, complimented by her memories growing up in an orthodox Jewish community in NY has left her with an abundance of stories and traditions which have turned into a source of inspirations.

She creates her own visual language by twisting facts and giving truth to legends, conjuring iconic elements and using them in a pseudo anthropological style.

In a humorous manner she interweaves pop culture with Arabic and Judaic artifacts.

This exhibition is about the physical material nature of sculptures, objects and idols in the realm of the spiritual.

The sculptures in this installation are decadent, vain and shamelessly ornamental. They combine fragmented biblical references and Ancient Near East paraphernalia with trash culture, cheap dollar store goods, imported toys from the orient and glitzy plastic trinkets and gems.

There is a prominent macho presence in her sculptures, which takes place in objects such as erected phallic structures, while other work is depicted as a “Korban” the ritual animal sacrifice which was offered to purify the corrupt in the acient time of Holy Temple in Jerusalem. The result is a scene of graphic but alluring imagery of flesh, blood, splendor and sparkle invading the space.

The exhibition is supported by the Embassy of Israel in Tokyo.