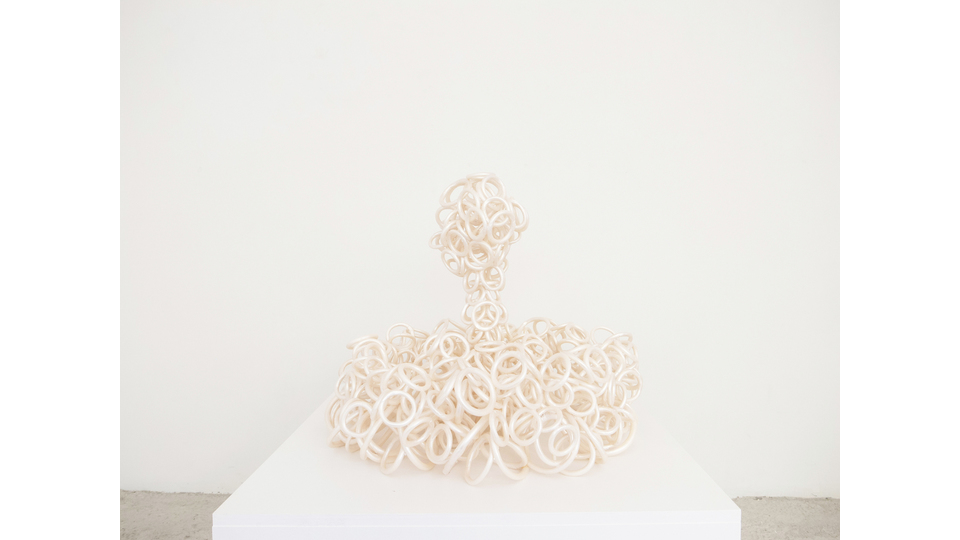 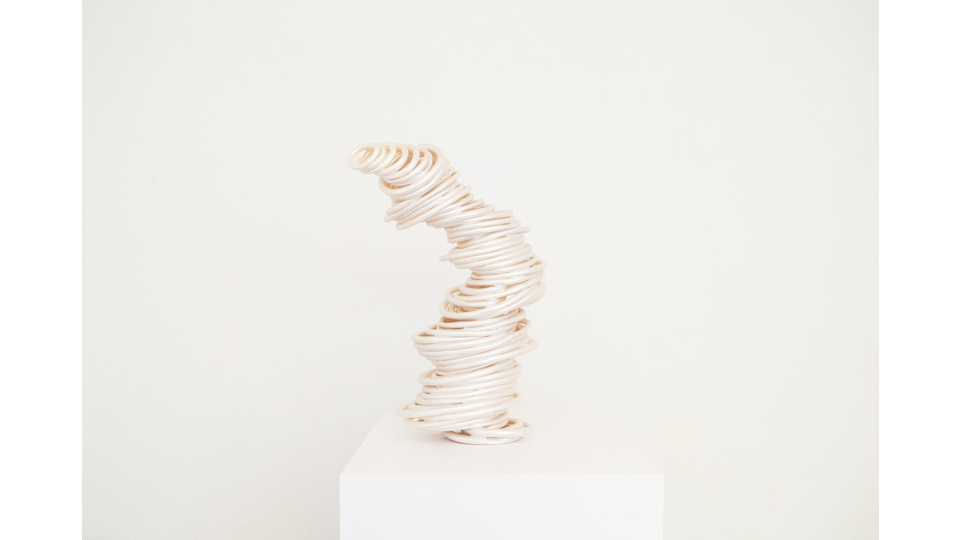 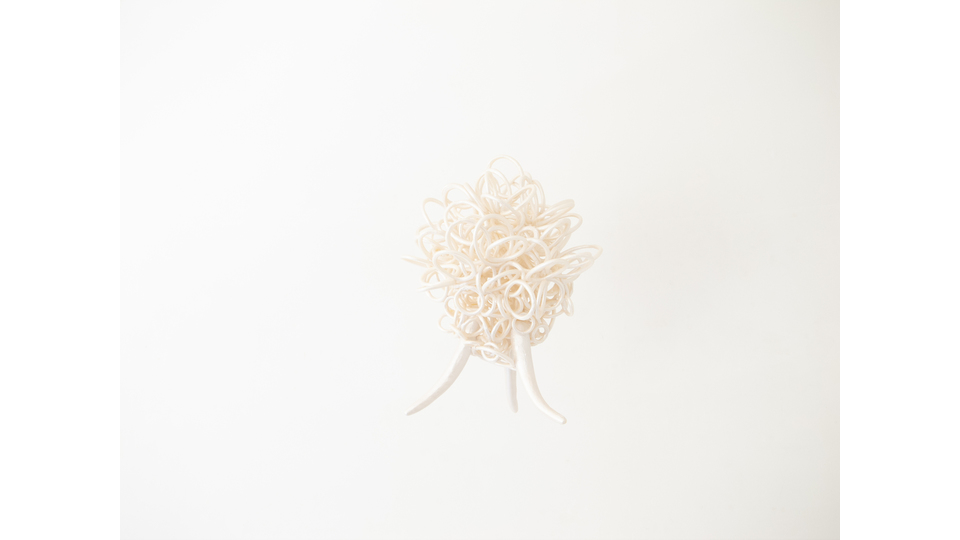 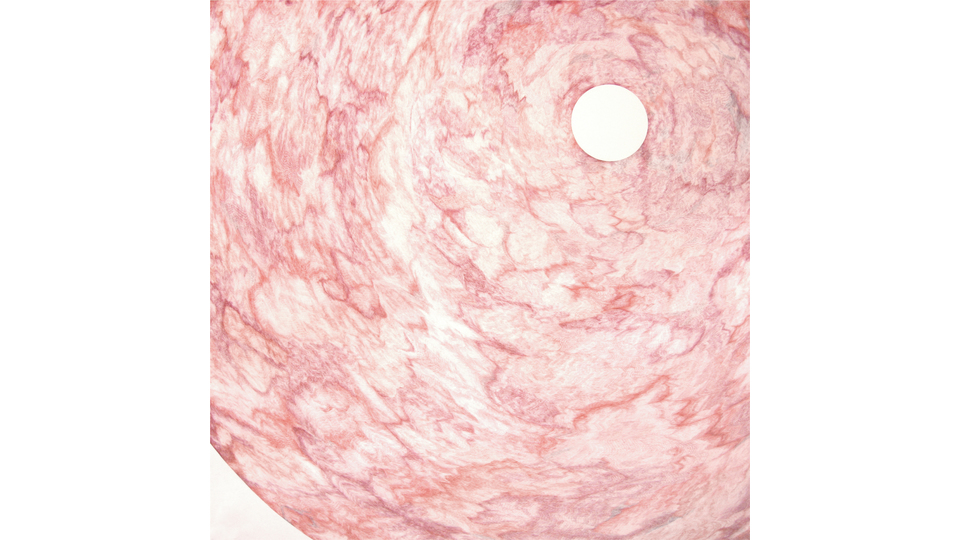 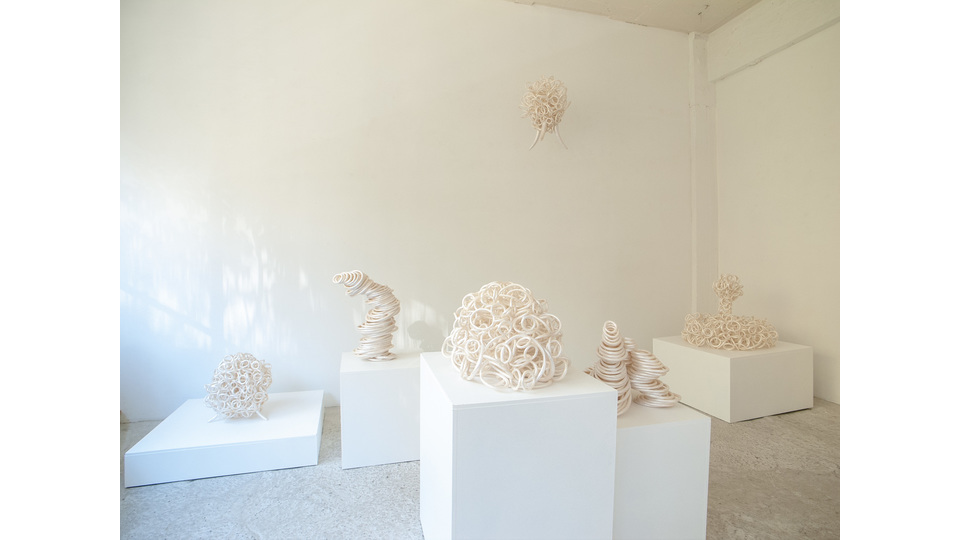 KEN NAKAHASHI is pleased to present UZU, a solo exhibition by Mihoko Ogaki, to be held from November 19th (Fri) until December 4th (Fri), 2021.

In the summer of 2021, Ogaki finished her trip to Okinawa and resumed working on sculptures. In Okinawa, where many lives were lost during the war, Ogaki touched the shapes and colors of coral skeletons washed up on the beach, and expressed the mourning for the victims of war in human history, the vital force, and the connection with the universe in the new UZU series.

In this exhibition UZU, six three-dimensional works created during the prolonged global outbreak of the new coronavirus infection, will be exhibited.

In addition, for the first time in Japan in about 17 years, a red pencil drawing from her time in Germany will be shown, created at the same time as her work, before the beginning—after the end #2 return to the source (2003-2005), in which the viewer lies inside a hearse and experiences the visions and sounds after the dead—or the realm that no one can speak of.

Mihoko Ogaki was born in 1973 in Toyama prefecture. Graduated Aichi Prefectural University of the Arts with a major in oil painting in 1995.

Graduated from the German National Kunstakademie Düsseldorf in 2004. After graduating in 2014 and working in Germany, she returned to Japan in 2010. Ogaki, who overcame a subarachnoid hemorrhage in 2013, has been working with a wide range of methods including sculpture, installation, drawing, video, and performance, while sincerely confronting the human life, death, aging, and mourning the wounds of existence. The tiny dots, holes, and grains of light that Ogaki spins, which gather like whirlpools, give birth to nebulous groups, and then ephemerally disappear, accept complex emotions such as suffering, sorrow, pain, joy, jealousy, anger, and love in the history of humanity, and lead viewers to a space where they can mourn the pain of existence.

In conjunction with the exhibition, a new collection of her works, OGAKI Mihoko Works, will be published this December.

﻿The text The Shape of Grieving Wounds by Ken-ichi Nakahashi, also included in the book, is available at the following URL.