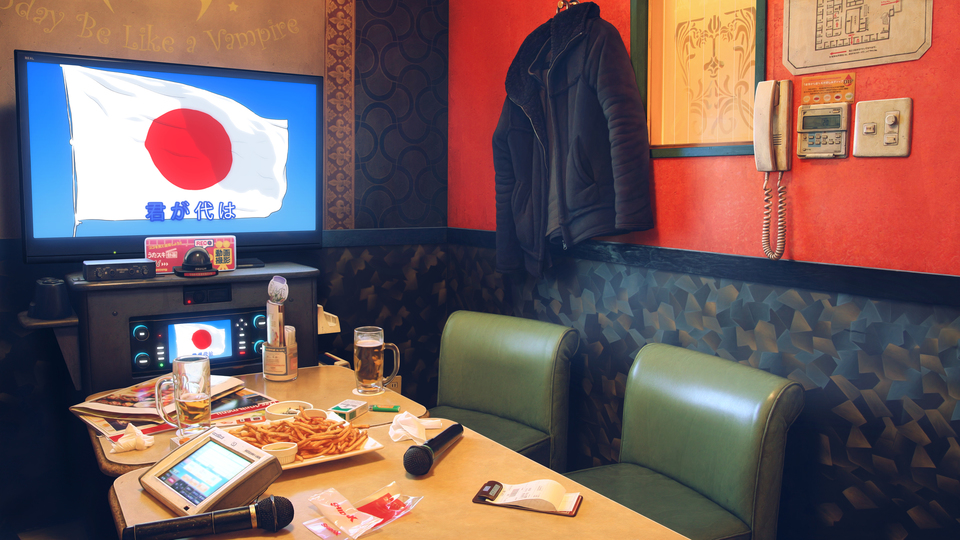 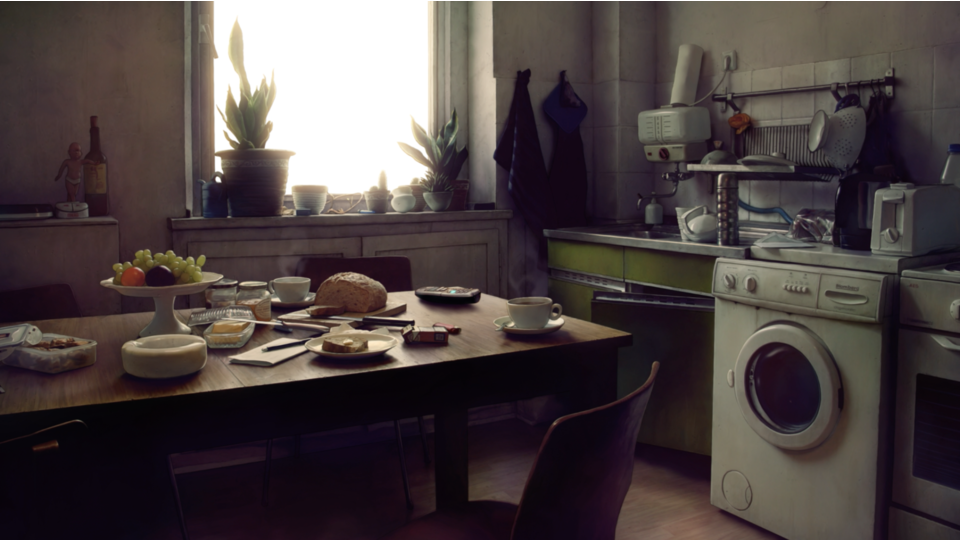 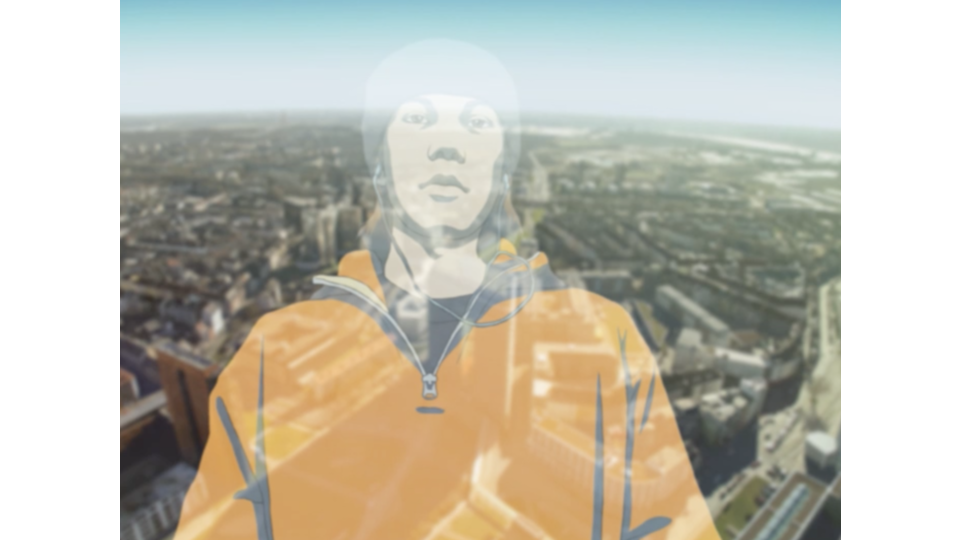 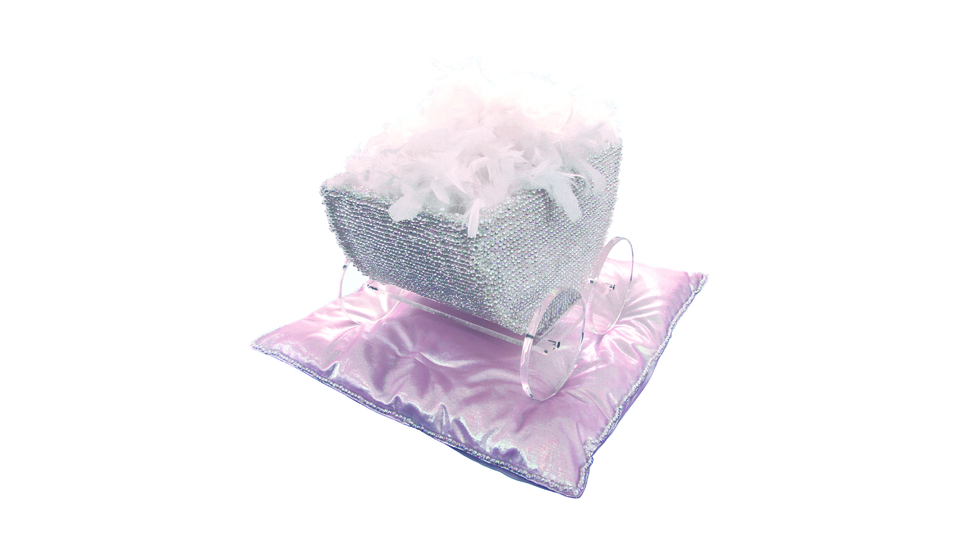 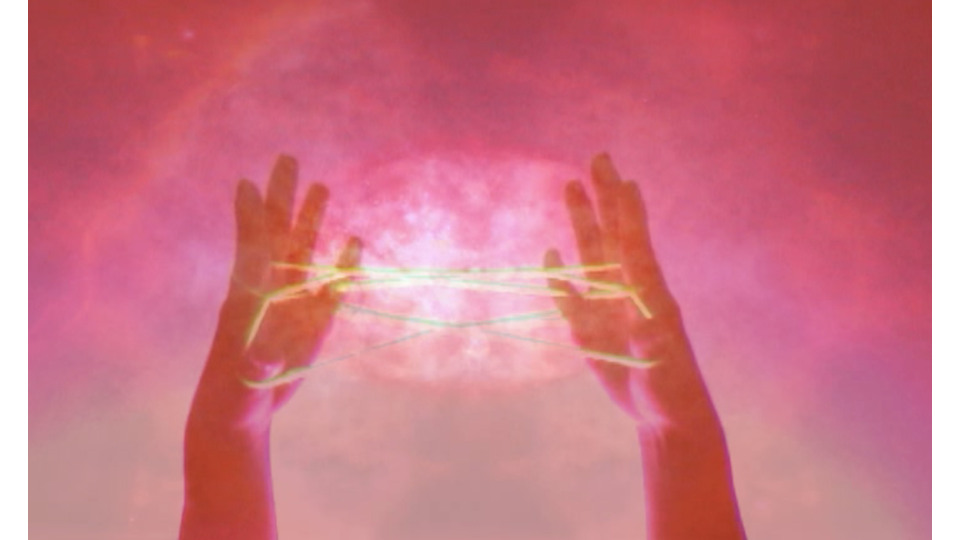 From June 3 until June 14 (Sun), KEN NAKAHASHI will re-open the exhibition Trace—presence of absence/absence of presence, a duo show by Mihoko Ogaki and Masaharu Sato which has been suspended since March 28 due to the prevention of the spread of novel coronavirus.

KEN NAKAHASHI is pleased to present Trace—presence of absence/absence of presence, a duo exhibition by Mihoko Ogaki and Masaharu Sato, to be held from March 13 (Fri) until April 11 (Sat), 2020.

Ogaki and Sato are from the same generation, studied at the same time in Düsseldorf and are private partners with each other in Germany and Japan.

Masaharu Sato passed away on March 9, 2019, after 10 years of fighting cancer. It was during his first solo exhibition at KEN NAKAHASHI, Dr. Reaper. This exhibition which will be held around the same time as the first anniversary of Sato’s death focuses on the common facets of Ogaki and Sato’s works, containing conflicting elements such as absence and presence, lifetime and posthumous, while also taking a look at how they both try to incorporate the object of their works to ‘trace’ (or to tail) them..

Mihoko Ogaki had cerebral hemorrhage in 2013, and overcame the disease after treatment. Ogaki has produced pieces that have embodied the fear and veneration towards age and death, through sculptures, installations, drawings, moving images and performances. Rather than exerting those representations in the works, she works while confronting her own daily life sincerely.

After three years of production while studying in Düsseldorf Kunst Academy, Ogaki showed a series of works using a baby carriage and a palace-type hearse decorated with countless pearl beads, titled before the beginning—after the end #1 (2003), before the beginning—after the end #2 (2003-2005). The works are video sound installations set up inside the carriage and hearse, made of numerous drawings sequenced into moving images that depict the vision before birth and after death. When the viewer peeks inside the baby carriage, or lays down in the hearse, the vision and sound before birth and after death will touch and cover their ears and eyes. The innumerable aggregate of pearl beads covering the surface of the two vehicles shines on the outside and highlights its existences, but hides the symbols of life and death within. The title of the works also encompasses a paradox—before the beginning and after the end.

Ogaki also creates Star Tale (2012-2013) and immortal moment (2019), painting series drawn with countless dots covering the screen, and Milky Way, a three-dimensional installation series in the shape of aging bodies. These bodies are hollow inside with numerous holes drilled on the surface which stand as a metaphor of the numerous human sentiments, and are lit by the light source within to illuminate the space like a galaxy. The creation of these works are also an act of confronting the life and death of her own body and those close to her, to confirm the feeling of being alive—memento vivere, and thinking of death—memento mori, in other words an act of ‘tracing’, very much alike that of tracing numerous dots in hand-copying the Sutra.

The opposition between the two vehicles, a pram and a hearse, and the postponement of the Milky Way’s aging body giving the viewer an impression of a child in the dark. In this way, by making opposing elements coexist, the viewer will be immersed in the galactic timescale of the beginning and ending in its boundless cycle of repetition.

In this exhibition, before the beginning—after the end #1 (2003) will be reconstructed and presented.

The feature that makes viewers feel the coexistence of contradictory subjects, is common to Masaharu Sato’s video works. He uses a pen-tool to trace images taken by a video camera, animating them. Shown by the motifs in the reanimated video footage are ‘real and slightly bizarre moments’.

When Sato returned to Japan in 2010, Cancer was found on his upper jaw in an X-ray taken to diagnose a discomfort of his teeth. After that, while living a life with repeated surgery, radiation therapy and chemotherapy, he confronted life and death, hope and despair, and absence and presence, as personal practical problems regarding what was actually happening to his body.

For Sato, tracing was about better understanding the land he lives, his family and friends, and the landscape he sees, and incorporating these within himself, which so to speak, is akin to the act of 'tailing' their presence. Tokyo Trace (2016), first exhibited at Hara Museum, is a video work in which the traced 'imaginary' world and the 'real' world intersect. Despite a very simple approach, each viewer derived a variety of interpretations such as loneliness, anxiety, nostalgia or humor. There are mysterious moving images such as an empty swing swinging, or a chair endlessly rotating in a room. These are formed by connecting and looping certain movements as if they were its natural motions, but displays inevitably a presence of something disquieting.

Calling (2009-2014/2018), depicts a phone that just keeps ringing in an empty room, or in an empty karaoke box where the Japanese national anthem flows. Datemaki (2013) rolls an image of the restless process of producing sweet rolled omelettes. He had also visited Fukushima several times even while he was affected by cancer, to shoot the scenery where no one was left after the earthquake tsunami and nuclear incident. Though uncompleted, he presented these as Fukushima Trace (2018), which became his last video work in his lifetime. The competing themes of absence or presence throughout Sato’s works are also the signature eeriness lurking in his moving images, which symbolizes the turbulent world, and is an indicator that ushers us to our daily reality. What kinds of presence will we sense in the landscapes of these works left by Sato?

In this exhibition, two video works by Sato will be comprised - Calling (German version, Japanese version) (2009-2014/2018), one of Sato’s masterpieces exhibited at the Roppongi Crossing 2019: Connexions held at Mori Museum in 2019, and TRAUM (2004-2007), Sato’s debut work in Japan which took four years of production, first exhibited back in May 2008 at the 4th DANDANS - The House held at the former housing exhibition hall in Roppongi.

Mihoko Ogaki was born 1973 in Toyama prefecture. Graduated Aichi Prefectural University of the Arts with a major in oil painting in 1995. Graduated from the German National Kunstakademie Düsseldorf in 2004. In 2010, she moved to Tokyo.

Has shown internationally, including Düsseldorf, New York, Washington, Kyoto, and Tokyo. In 2003, she received the audience award at the 57th Bergische Kunstausstellung at Museum Baden in Nordrhein Westfalen. In 2013, Ogaki held an exhibition project N 54 Mihoko Ogaki at Tokyo Opera City Art Gallery, and has since gained widespread public attention. In 2019, the Milky Way series sculptures were exhibited for The Human Body as a Microcosmos: Art, Anatomy and Astrology, at Machida City Museum of Graphic Arts. Her works are owned by many individual collectors worldwide.

Masaharu Sato obtained an M.F.A. in painting at Tokyo University of the Arts in 1999. Later studied in Germany at Kunstakademie Düsseldorf and lived 10 years, and returned to Japan in 2010.

He is best known for his video art that utilizes the rotoscope technique, in which he uses a pen tool to trace a huge number of images taken by a video camera, to reanimate them.

He has shown numerous exhibitions in several capital cities. In 2009, he received a special prize at the 12th Taro Okamoto Award for Contemporary Art, and in 2011 selected for Jury Selection of the 15th JAPAN MEDIA ARTS FESTIVAL. The solo exhibition Hara Documents 10 Masaharu Sato: Tokyo Trace at Hara Museum of Contemporary Art in 2016 attracted wide attention.

In the beginning of 2019, he had shown his works concurrently at three locations, Roppongi Crossing 2019: Connexions at Mori Museum, ACT Vol.1 First Lingering Mist of Spring at Tokyo Arts and Space (TOKAS), and Dr. Reaper at KEN NAKAHASHI. During the above 3 exhibitions, at 10:56 am on March 9, he departed this world peacefully at the age of 45, under the warm company of his family.

In 2020, Fukushima Trace (2018) and I touch Dream #1 (1999) were exhibited at the DOMANI: The Art of Tomorrow Exhibition 2020, and his painting series which were exhibited at his last solo exhibition Dr. Reaper, will be also exhibited again for Yokohama Triennale 2020 Afterglow. Sato’s work will continue to be seen by many people at different times and places, now and on.