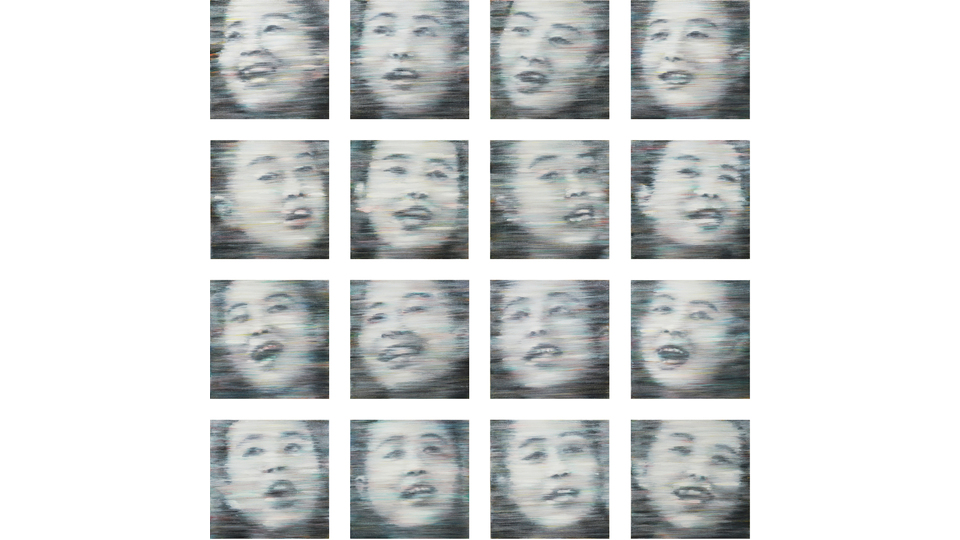 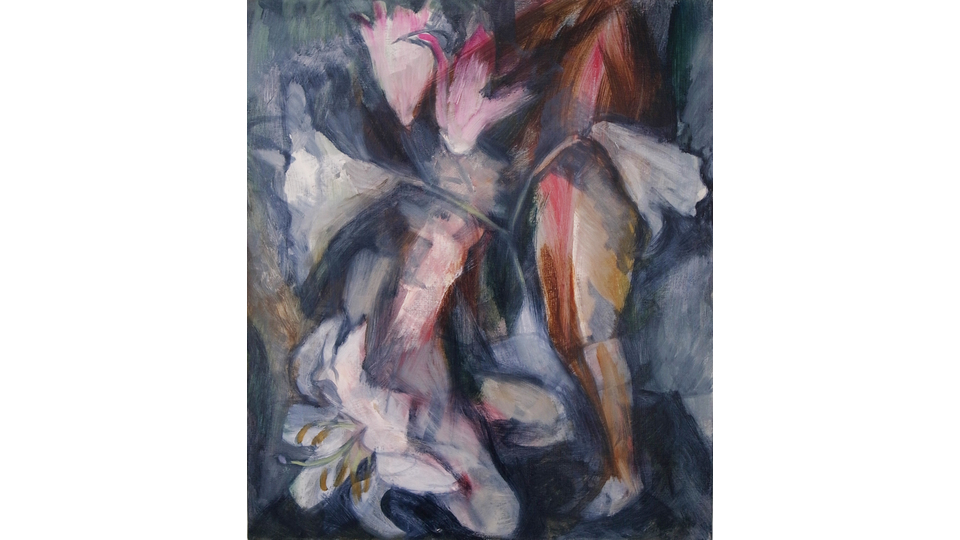 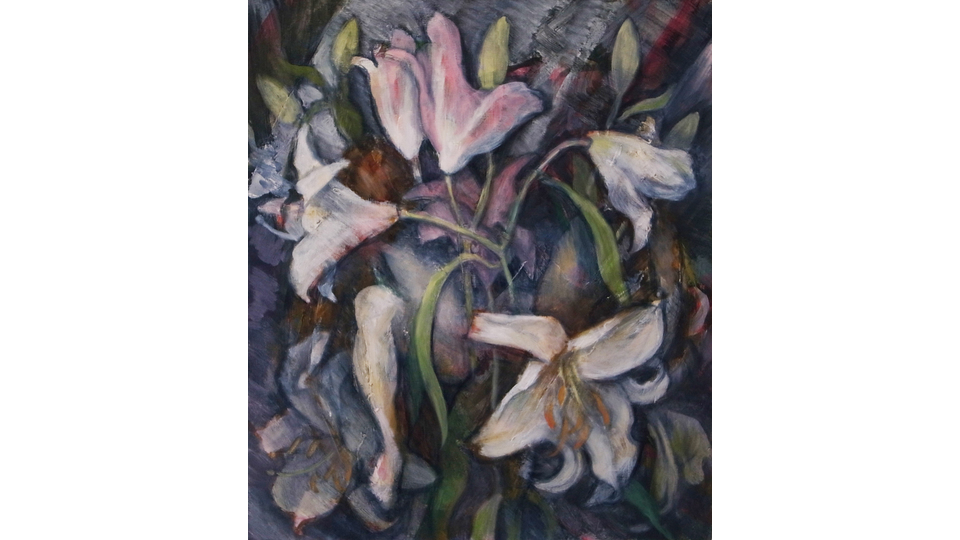 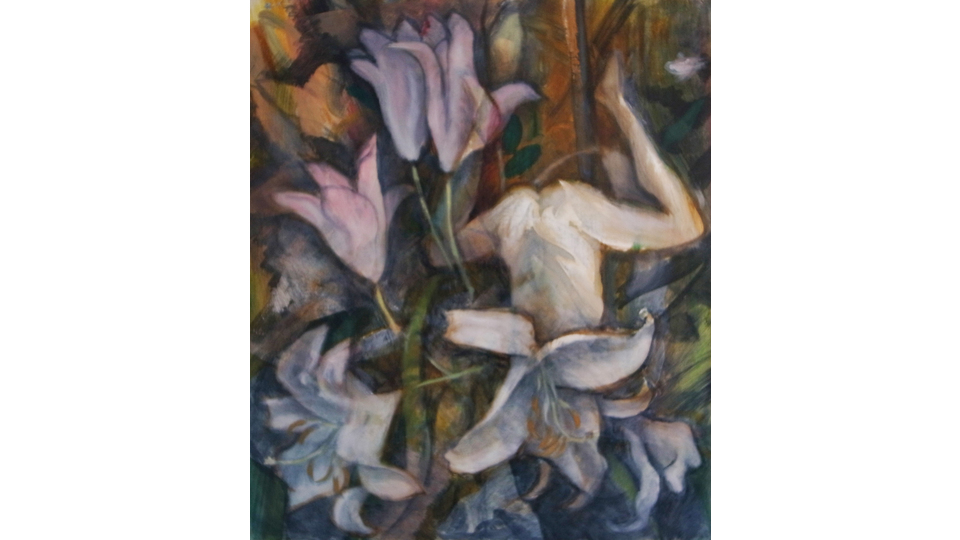 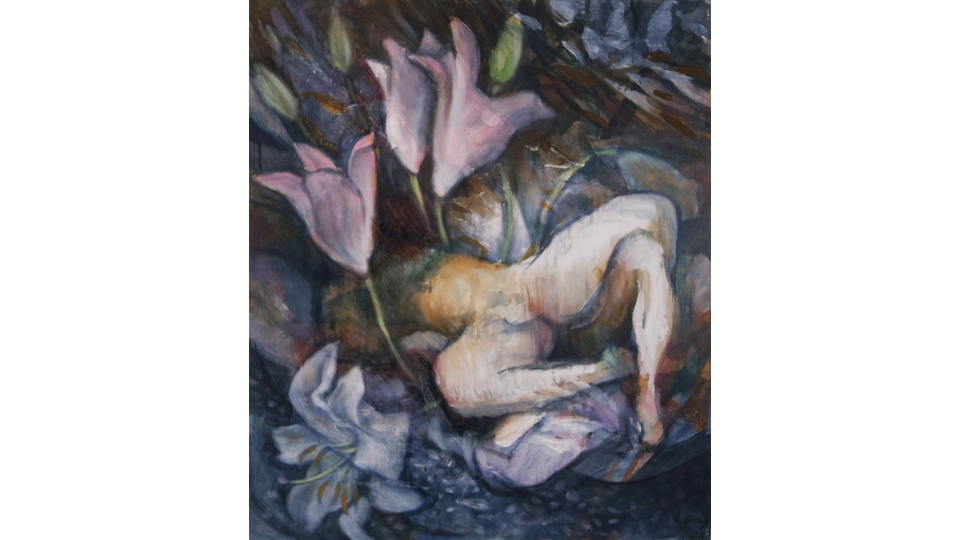 KEN NAKAHASHI is pleased to present Sing, a solo exhibition by Yasushi Ebihara, to be held from March 29 (Fri) until April 27 (Sat), 2019.

Sing focuses on the NOISE series that Yasushi Ebihara has been producing for many years, comprising 16 sets of Sing (#1~#16), and Metamorphose (transformation, reincarnation), new works with motifs of Casablancas, drawn over paintings created in the past.

There was an old videotape.

When I watched the recorded movie, the tape seemed worn and the scanning lines were disturbed and rough.

The scanlines became colors that violently dominate the screen.

In a scene from a movie, beyond the noise, what does the actress gaze at, what is her thought?

The faces just sit there, cut apart from the picture, which is a flow of time itself.

There must be a scenery, or a face yet to be depicted, between the consecutive fragments.

These are the symbols of life itself. Gaps emerge in our memories even at this moment, and there are moments of silence among the noise.

By undertaking the movie as a motif, you can start to see ‘this instant,’ which is a relationship between noise and moments of silence. Once you see it, there will be nothing left behind.

Only the things one felt while watching the movie, which varies among individuals, can be brought back. And the details fade within the time.

Each of the moments a human being is alive, are greatly related to one's memory and time. The brightness of the moment, life itself is a moment of brilliance in the vast space of time.

The noise that occurs within the time that we endlessly consume and disappear, will open the door to infinite space.

Often inspired by small excerpts of contemporary film, his work draws attention to the fleeting beauty and tragic sentiments of existences that are exhausted by consumerism and faded away from our memories in the flow of time. Taut and suspenseful, Ebihara’s oil paintings feature layer upon layer of delicate brushwork, while he works with sculpture, photography and performance as well. Through these various mediums, he revives the disappearing at the place of art.