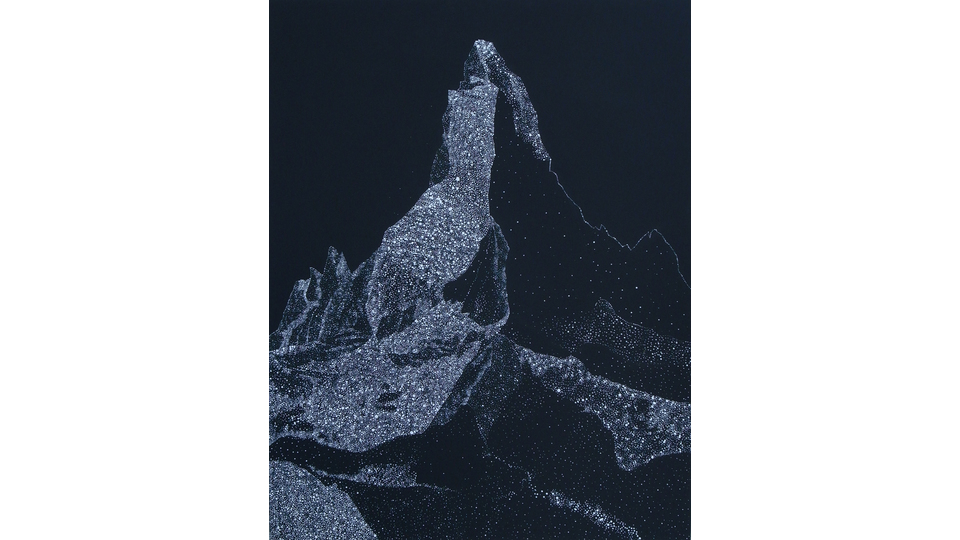 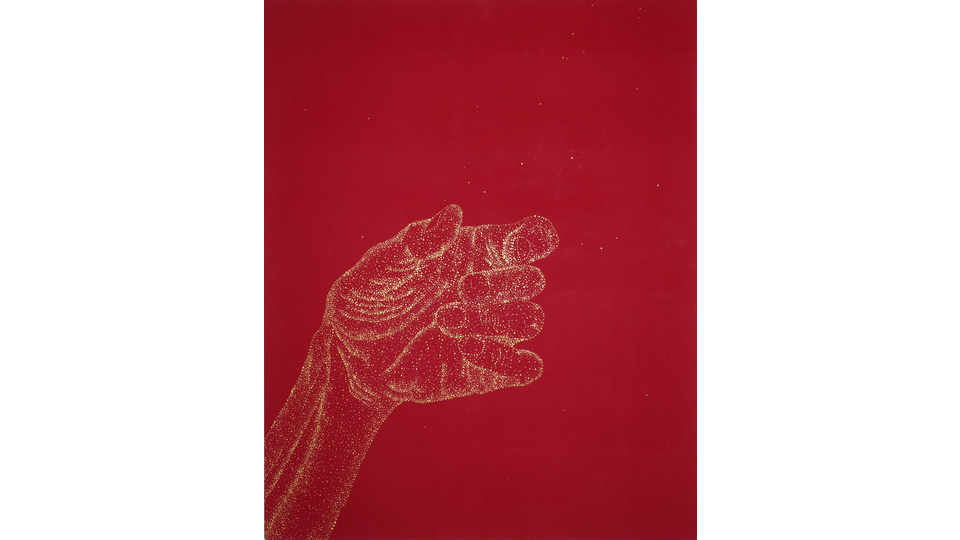 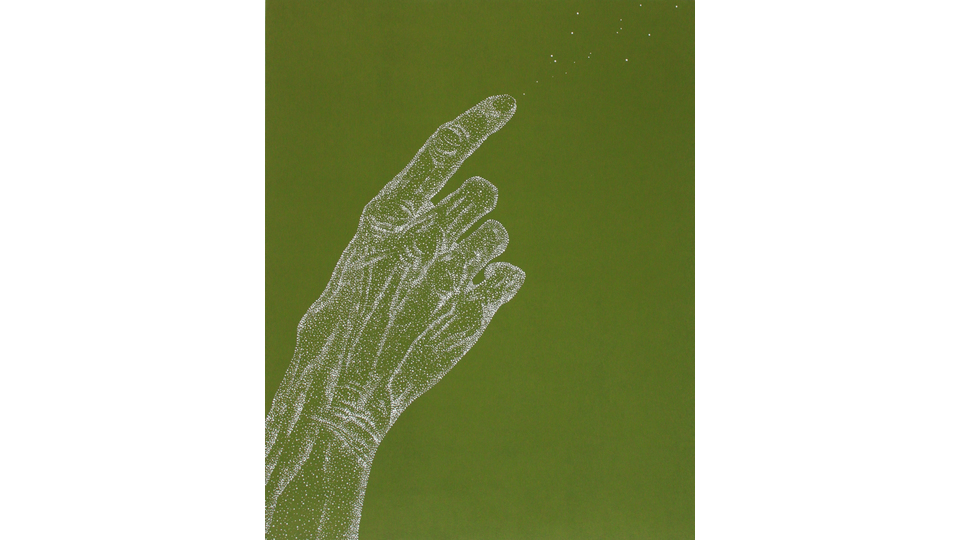 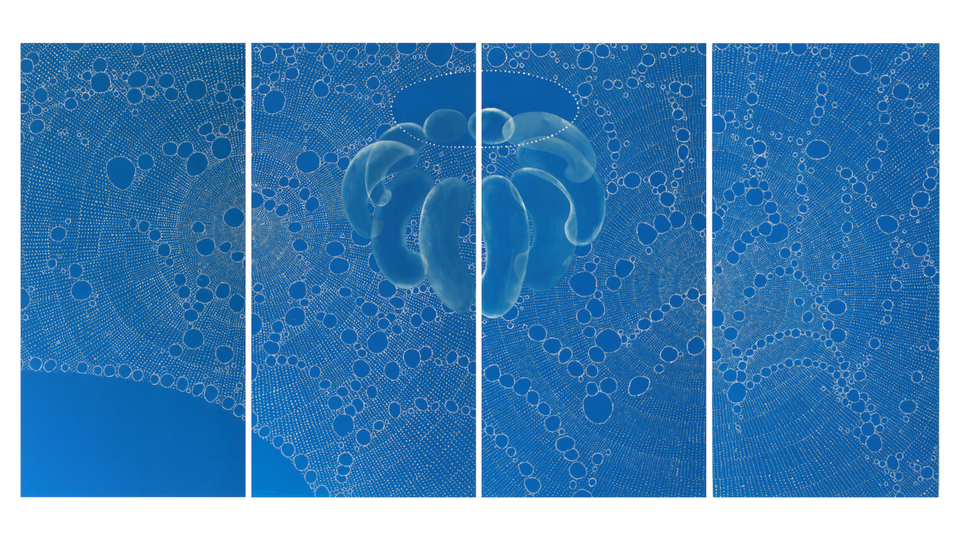 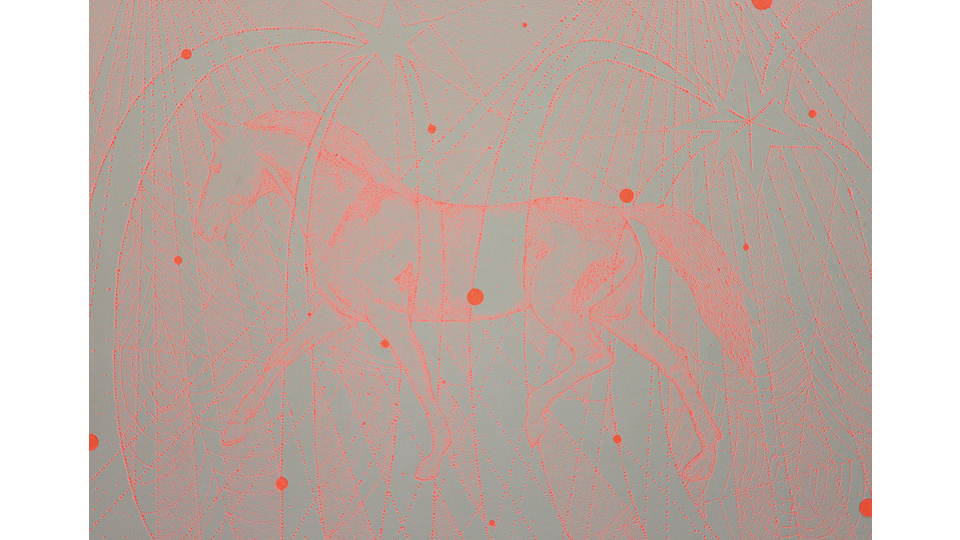 KEN NAKAHASHI is pleased to present immortal moment, a solo exhibition by Mihoko Ogaki, to be held from August 30 (Fri) until September 21(Sat), 2019.

This exhibition will comprise her new paintings with countless dots filling the screen in constant rhythms, as if they were proliferating particles. The series focuses on how countless collective units can form a notion, or a climate.

Speaking of Ogaki, her latest installation at Machida City Museum of Graphic Arts (Apr - Jun 2019) is still fresh in memory. Titled Milky Way, it had comprehended the microcosmos as a human body and the macrocosmos, in a single space.

immortal moment will present new paintings depicting motifs Ogaki has longed for, such as the Matterhorn, where she has never visited yet, or a hand of an old woman. While nursing her partner, Masaharu Sato, who passed away on March 9, 2019, she was unable to work on large three-dimensional objects, but instead had drawn these countless dots on wood panels quietly in their house every day.

Mihoko Ogaki was born 1973 in Toyama prefecture. Graduated Aichi Prefectural University of the Arts with a major in oil painting in 1995. Graduated from the German National Kunstakademie Düsseldorf in 2004. In 2010, she moved to Tokyo. Having overcome cerebral hemorrhage in 2013, Mihoko Ogaki continues to create her works on life, senescence, and death, by living each day with sincerity. Ogaki produces pieces through multiple media, such as sculptures, installations, drawings, moving images, and performances.

The Milky Way series is created so that light shines through numerous holes drilled on the surface of a human sculpture. Dismantling a Mercedes-Benz and decorating its parts with countless beads, before the beginning - after the end is displayed in a way in which the viewer lays down as a 'corpse' in a palace-type hearse once used in Japan. The Star Tale series is a confirmation of the reality of feeling alive, along with Memento mori - the reflection of mortality.

Has shown internationally, including Düsseldorf, New York, Washington, Kyoto, and Tokyo. In 2003, she received the audience award at the 57th Bergische Kunstausstellung at Museum Baden in Nordrhein Westfalen. In 2019, Ogaki has exhibited her Milky Way series sculptures, for the exhibition The Human Body as a Microcosmos: Art, Anatomy and Astrology, at Machida City Museum of Graphic Arts. Her works are owned by many individual collectors worldwide.