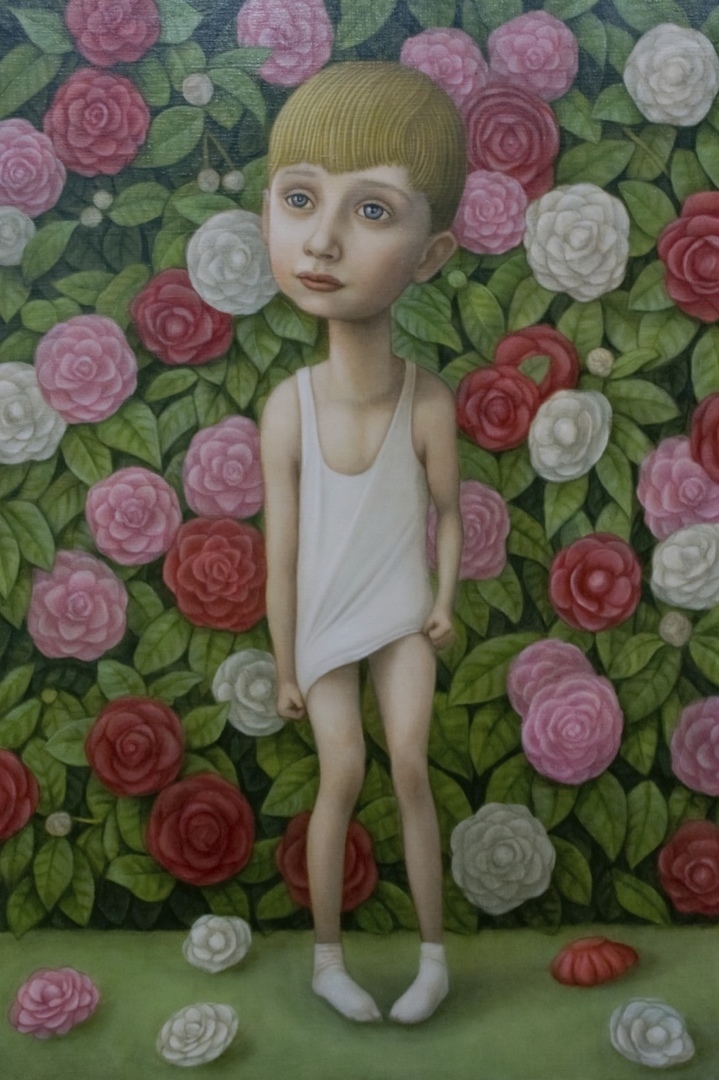 matchbaco is very pleased to announce “if…”, the solo exhibition by Yasushi Ebihara, to be held from November 6th to 28th 2015.

Yasushi Ebihara creates a great variety of works, often inspired by contemporary film; from the《LUST》series which focused on entwined hair, through the《dress》series of paintings of gorgeous couture items, to the exploration of single movie scenes in the《NOISE》series.

Taut and suspenseful, Ebihara’s paintings feature layer upon layer of delicate brushwork depicting the empty dreams, fleeting beauty and tragic sentiments of existences that are used up and fade from people’s memories in the flow of time.

Among them, hugely popular 1990s actor Macaulay Culkin frequently appears in Ebihara’s work as a symbol of the lost existence of a child actor.

He is depicted as a handsome youth consumed with fragility, beauty and peril.

“if…”, the artist’s first exhibition at matchbaco, will comprise《Macaulay Culkin》- his latest series, exploring themes of the fragmentary recording of modern life and the signs of silent unrest.

“if…” is a rumination on “disquiet” through these sexual, beautiful and fragile youths.

In conjunction with the exhibition, matchbaco will produce an exhibition catalogue, “Yasushi Ebihara: if…” (A5 full colour / 28 pages), in a limited edition of 50.