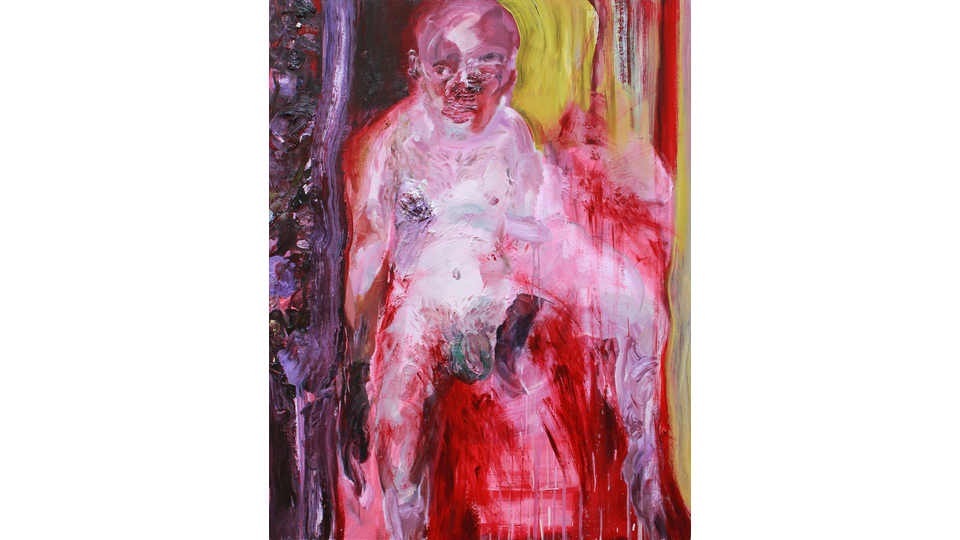 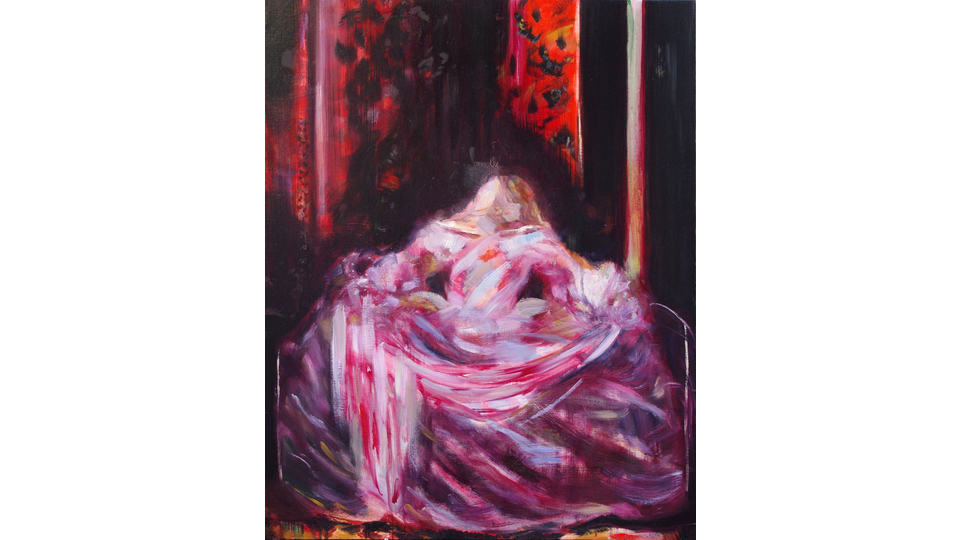 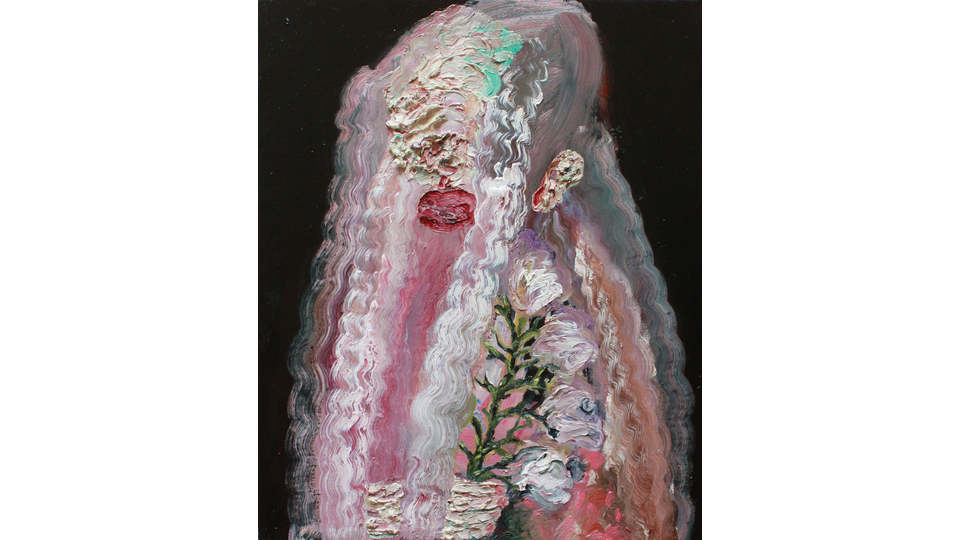 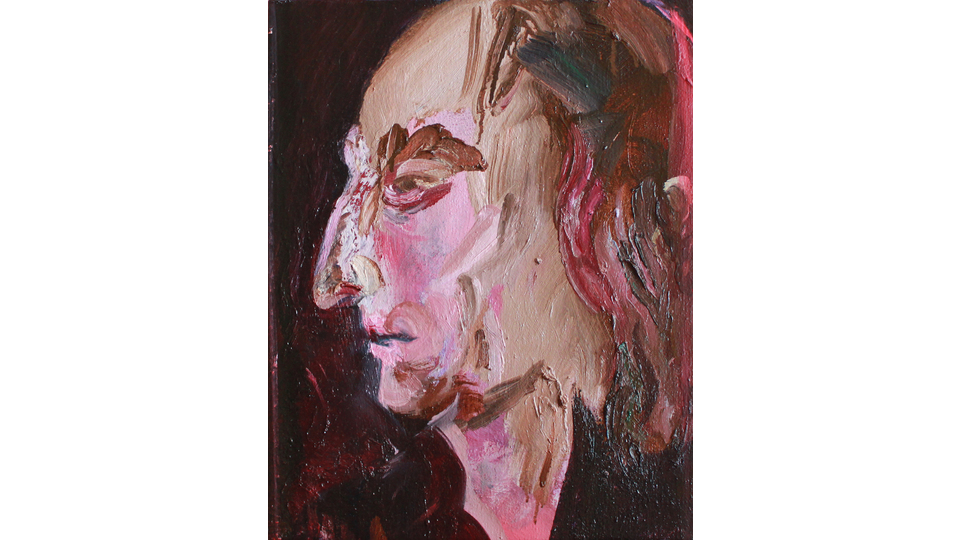 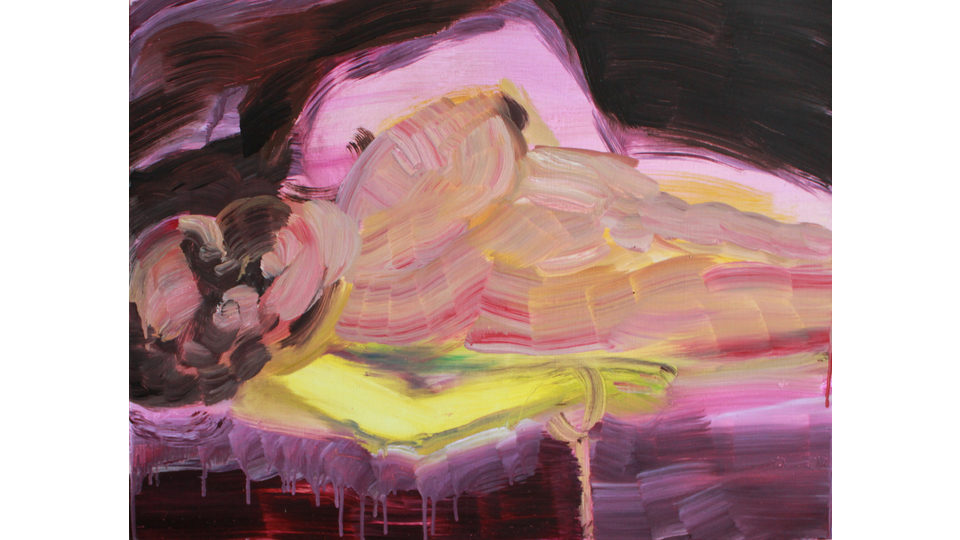 matchbaco is very pleased to present “IDO”, a solo exhibition by Mariko Matsushita, to be held from October 7 (Fri) until 29 (Sat), 2016.

“The Human” is the main focus of Mariko Matsushita’s paintings and she is particularly drawn to themes of sex and death.

Her main source of inspiration comes from old photographs and masters’ paintings. Her portraits are modelled on herself and her close friends yet remain androgynous and ageless.

It is unclear whether the figures are male or female, child or adult. This ambiguity is how she connects with the world and her paintings portray those present in the collective unconscious.

Matsushita’s paintings have a unique colour palette that is reminiscent of flesh and blood, consisting mainly of reds, purples, yellows and greens. Each brushstroke is bold and dynamic, nevertheless with a delicate touch. The forms in her paintings come alive, floating out of the darkness.

Mariko Matsushita obtained a B.F.A in oil painting from Kyoto City University of the Arts in 2004. Her experiences from childhood shapes her paintings. She felt as though she was in a state of “dis-communication” and that she could not express herself in the way she wished.

She moved to Tokyo to pursue her career in art, not only indulging in her own interests but transcending her own pain and extending this feeling to others. In October 2015 she had her debut solo exhibition titled “MARIKO” at matchbaco gallery, which exhibited portraits of her close friends.

Matsushita was awarded the second annual CAF ARTIST AWARD (CAFAA) 2016, organized by the Contemporary Art Foundation, and has since gained widespread public interest.

This is the artist’s second solo exhibition at matchbaco and is titled “IDO”. Using the well as a metaphor, the pieces explore the depths of the body, sexual urges and the source of oneself. The exhibition comprises of paintings of female sexual organs, eroticism, thanatos (little death) as well as the forces and holiness of a woman and herself as an artist.

“I have a deep desire to become like a burning torch in total darkness. A beautiful fire melting the skin, burning the hairs. I was restrained and had grown roots in this dark and muddy world, but a light shone down on me. I want to keep breathing for all I am worth", Matsushita says.

This show will be the penultimate exhibition under the name matchbaco that opened in March 2014. From November 2016 the gallery will change its name to KEN NAKAHASHI.