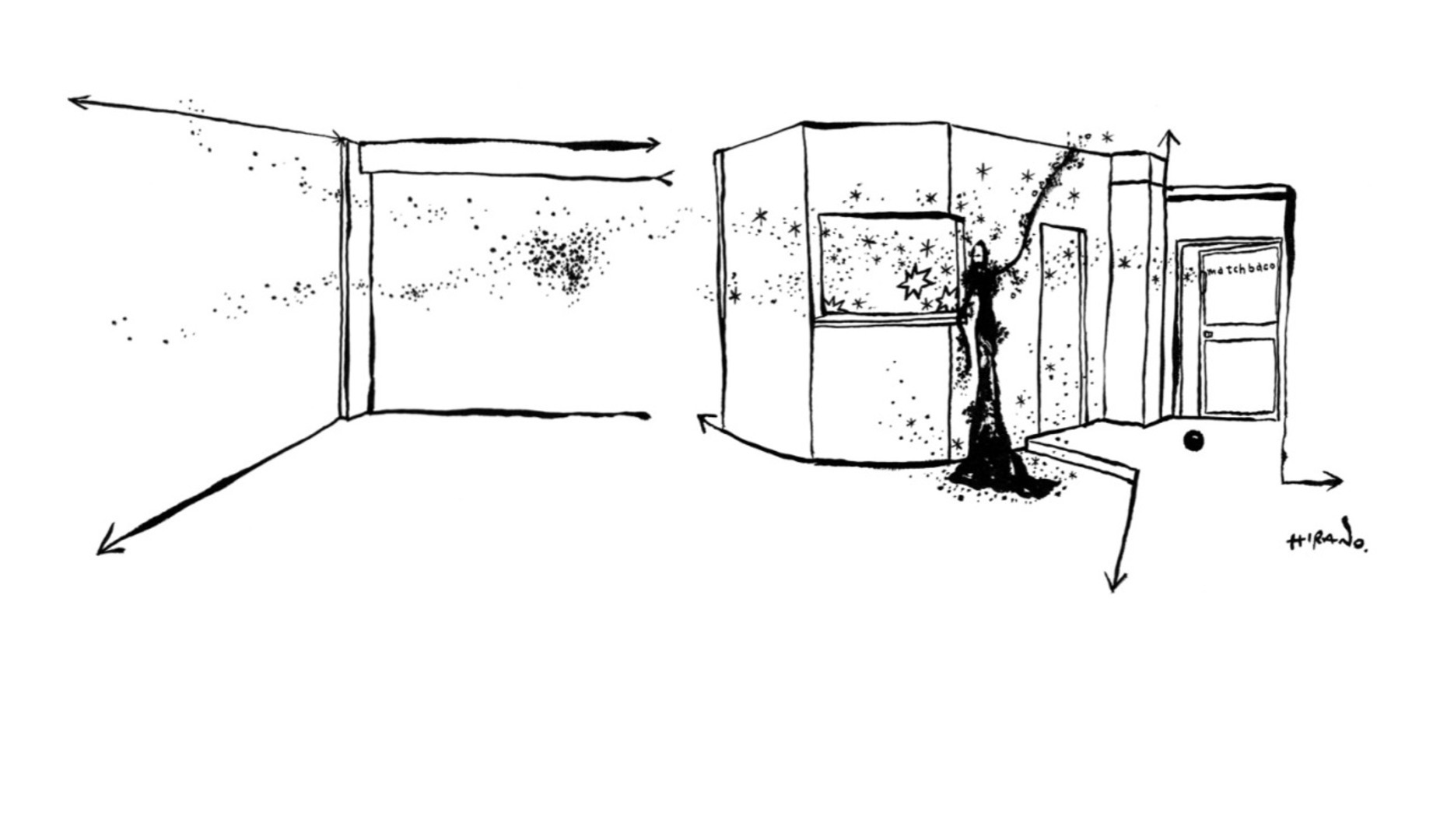 The artist’s second solo exhibition at matchbaco will progress and transform day by day. This experimental installation will be painted live by the artist, adapting to the influences of time, light and the gallery space itself, which will create unpredictable changes in the work.

Viewers will be able to follow the creative process and enjoy a new experience each day.

At his age 24 he moved into France, and then in 1995 his drawings were featured in Le Monde. Since then he started to work with LANCÔME, Cartier, CELINE, BADOIT, LE MONDE, FIGARO, VOGUE in France, and with Shiseido, shu uemura, ISSEY MIYAKE in Japan. His works and designs were featured on the product packages.

Since 2007 he has been based in Tokyo. Since the Great East Japan Earthquake and tsunami of March11, 2011, he has been focusing on “Visualizing imaginary things between dreams and imagination, a new human morality and reality”