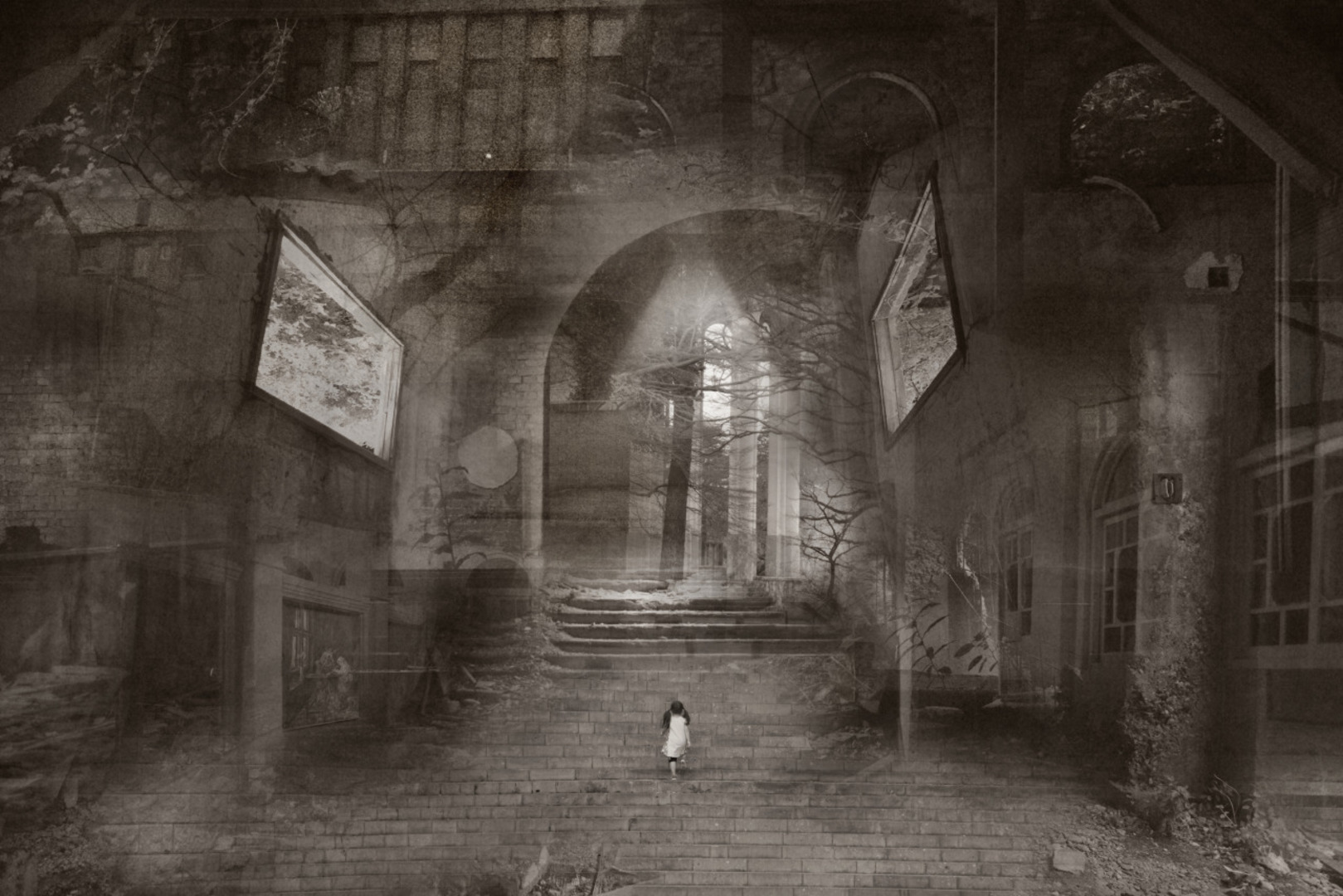 Since childhood, Takashima has photographed everything from the natural landscapes of his native Yamanashi prefecture to the street corners near his relatives’ homes in Tokyo. After graduating from Yamanashi University’s art management course, he moved to Tokyo to pursue his art.

He received an honorable mention from New Cosmos of Photography 2012, and his work was selected by the Kiyosato Museum of Photographic Arts as part of its Young Portfolio in 2014.

In each of Takashima’s works, a unique and poetic world of unseen dreams and fantasies is unfolded before the viewer.

“I release the shutter to capture not just what’s visible in front of me, but to give a hint of what’s all around me in that moment in time,” Takashima explains. He captures the gaps and fractures in daily life, effortlessly spanning macroscopic and microscopic perspectives.

Imbued with a sandy, gritty physicality, Takashima’s images evoke a sense of mystery and nostalgia in the viewer; they echo from a spiritual realm, as if making some inner voice audible to us.

Takashima has built up a journal of existence through works that range from the bustling crowds of Tokyo and birds-eye views of urban landscapes to insects and fields of wild flowers, each capturing a special moment which he terms “Zawatsuki” – the instant in which self-awareness attains clarity.

“If one of my photographs could enter and become part of someone else’s internal world, that would be a big clue on the path to discovering my own self-awareness”, Takashima says.On the path of exploring the psychological imagery of himself and others, he held his first solo exhibition “Zawatsuki” in November 2014 at matchbaco, displaying works from his《Double Explosure》series, which entwined and overlaid locations, times and motifs from multiple photographs into single images. Since then, he has continued to explore new possibilities.

Taking and superimposing multiple views of mundane life, Takashima uses his own unique visual language to reproduce a multi-faceted world that is difficult to capture. His photographs have the sense of an abstract painting, the images combined with a delicate sense of osmosis and a mysterious feeling of absence.

As the viewer progresses from one work to the next in this series, the differences between them form a gentle, floating rhythm and harmony that stimulate the viewer’s inner self, tuning it towards a silent tranquility and a sense of peaceful energy.