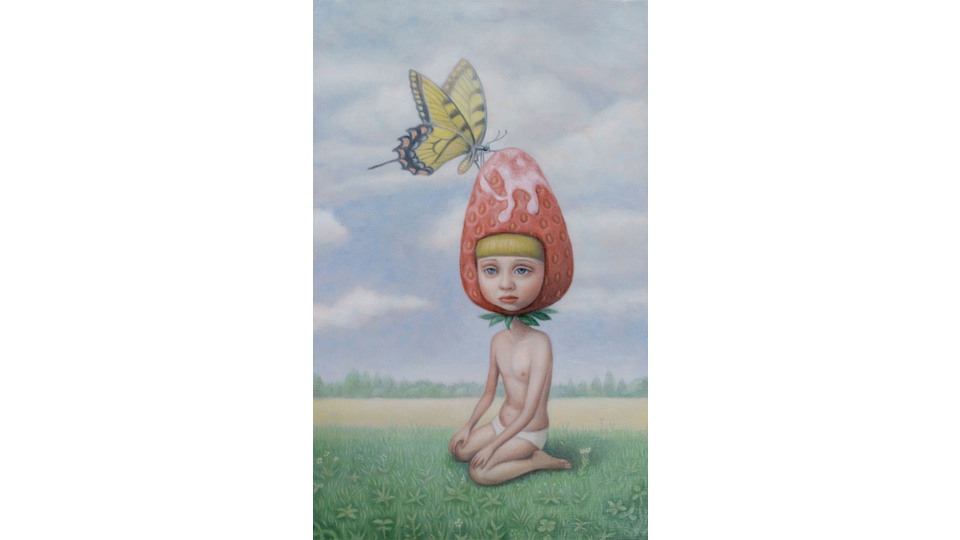 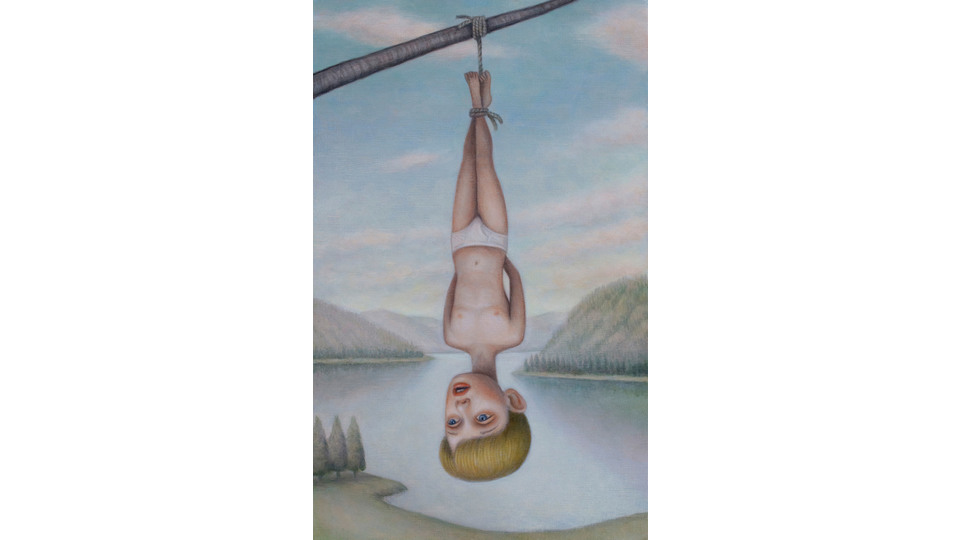 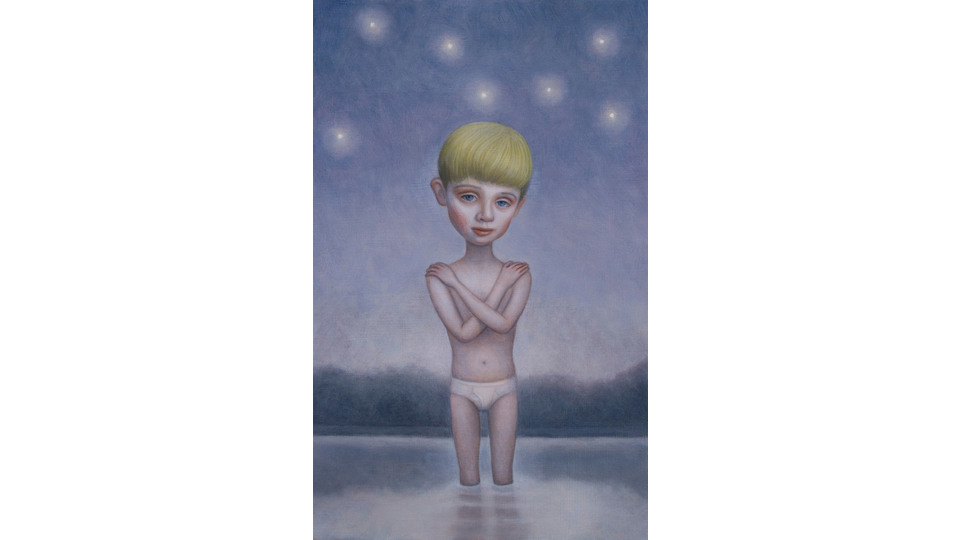 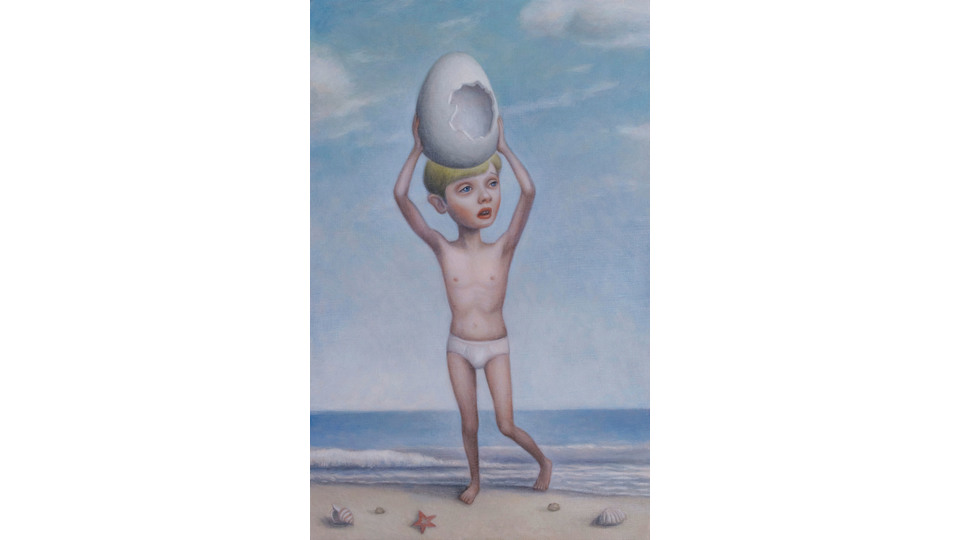 KEN NAKAHASHI is honoured to announce “tarot,” the second solo exhibition by Yasushi Ebihara since 18 months, to be held from June 2nd (Fri) to June 30th (Fri), 2017.

Yasushi Ebihara was born 1976 in Ibaraki prefecture. He obtained M.F.A in Oil painting at Tokyo University of the Arts. He lives and works in Tokyo.

He was fond of films since his childhood, which nourished into the many motifs of Hollywood child actors, actresses, and glamorous dresses of the cinema world, interpreted in various techniques and styles.

His works range from the “LUST” series paintings of entwined hair, the “dress” series painting of gorgeous couture items, to the paintings of a composition of scanlines displaying a single frame from a movie scene in the “NOISE” series, and the “Macauley Culkin” series, a resemblance of the lost existence of a child actor. Among these, the works of the “Macaulay Culkin” series stand out as a symbol of fading beauty and the sentiment of desire for an ephemeral ideal moment, in reflection of the ups and downs of the actor’s life: from the rise to fame in the 90’s to his fall with drug addiction and retirement from the entertainment industry due to the repeated troubles.

In the series, a longing for the idealized moment takes form of the child actor. It is inevitably haunted by a sense of loss, of an off-screen aging and an embrace of illusion. The widely opened eyes, the large head, and the fragile body infer a latent fear of the unknown, facing gloomily and cheerlessly into oneself. Deformations and disposed toys or dolls appear in a cold and desolate daydream world, as icons of beauty crumbling away under the sheer madness and fragile moment.

The “glazing” method used in religion paintings of the 15th century is used in this series. Several thin layers of oil paint are overlaid by a thin tender brush, producing vibrancy, clarity, and a fine texture on the surface. The exquisite workmanship seemingly represents a prayer devoted to those who had been consumed and disposed by show business.

This show will exhibit Ebihara’s latest work, a culmination of the “Macauley Culkin” series, comprised of 22 paintings representing the tarot cards from ‘The Fool’ to ‘The World.’ Each of the themes and parables are resembled by a doll-like Macauley Culkin in various poses, pictured with disposable toys of Ebihara’s collection.

Planned 10 years prior, and taking over an year to finish, Ebihara explains:

“There are countless events of more or less significant events happening simultaneously in the world we are unaware of. We live on our own establishment of limited experience. Upon laying my brush, I always try to be aware that what I know is small, in wish of being free of restraints, and reproducing infinite images, among narrating comedy and tragedy in a picture together.”

Ebihara releases a new-found horizon, which transfix viewers to the glorious world of “a traveler”.