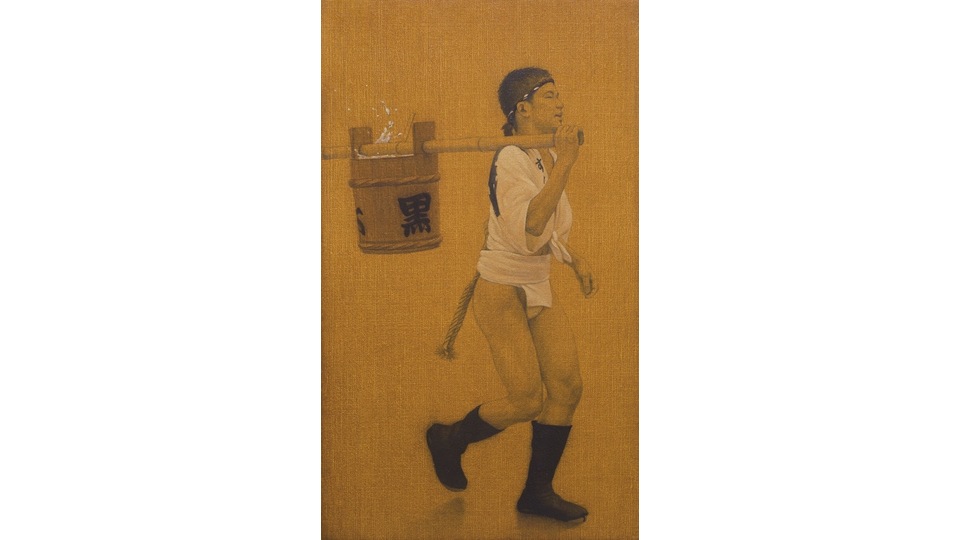 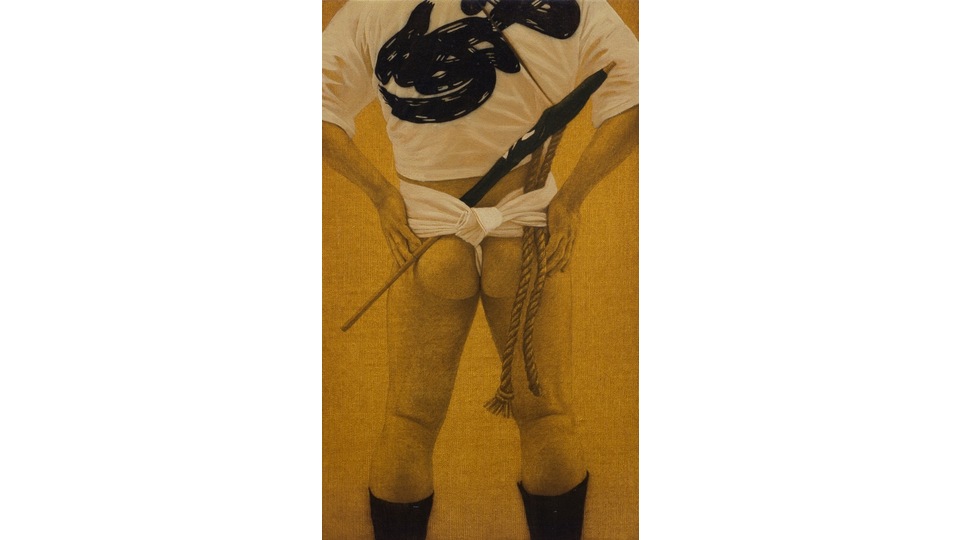 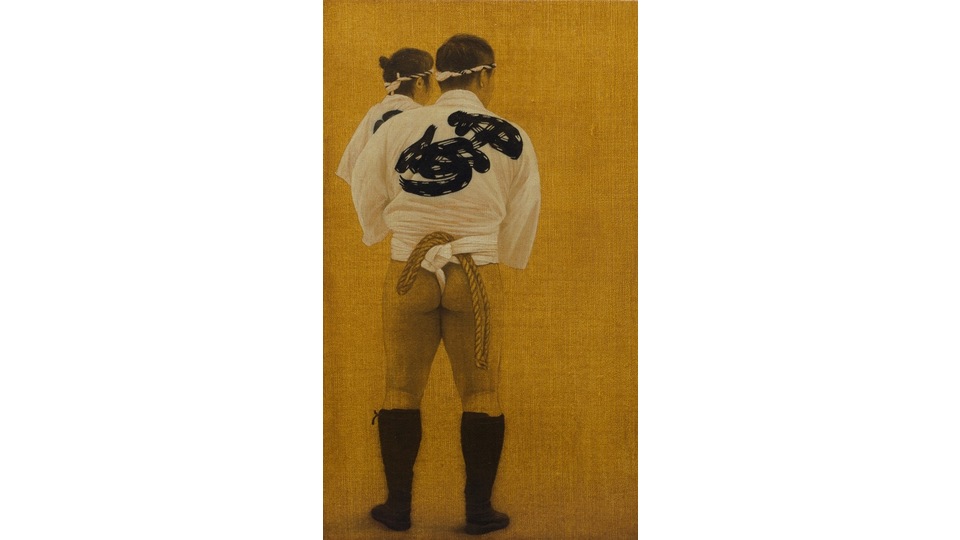 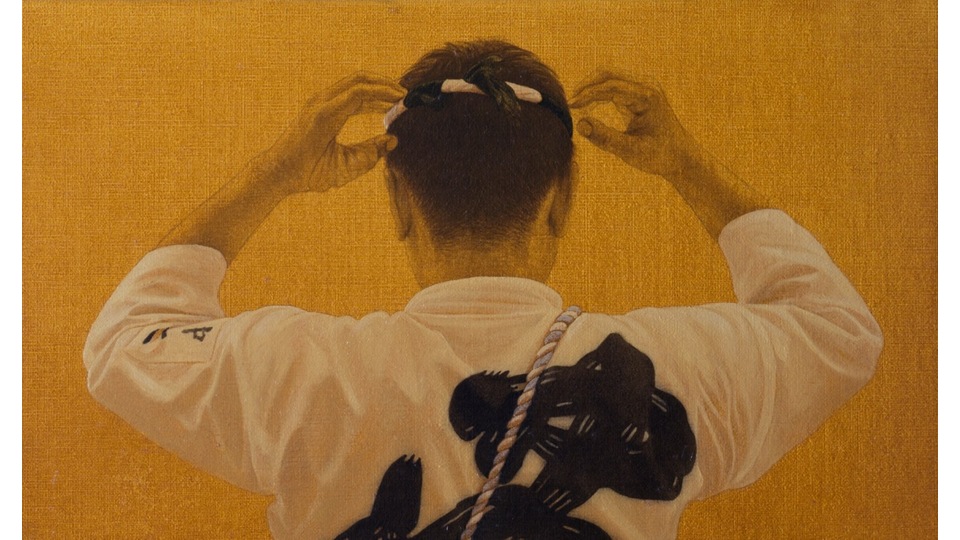 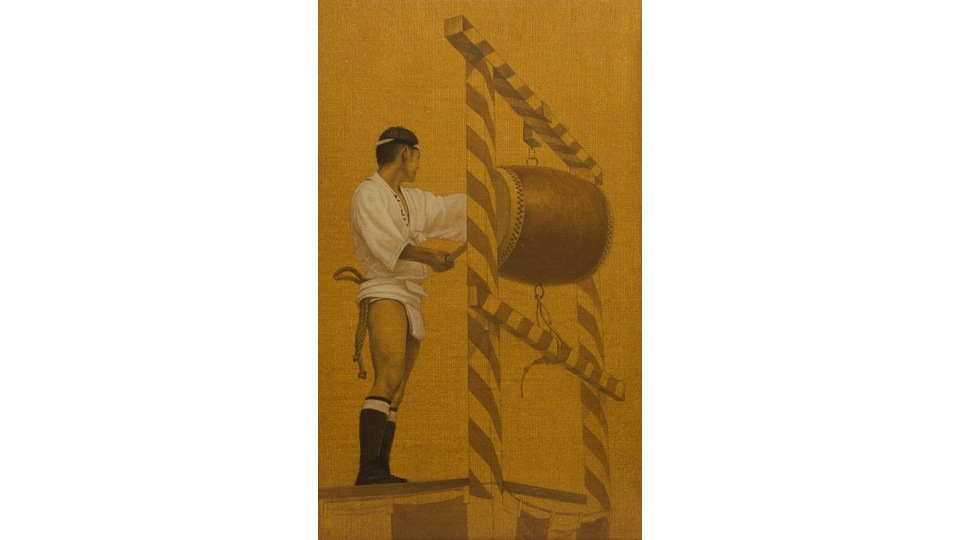 matchbaco is pleased to present “Hakata Gion Yamakasa Otoko E-zu”- a solo exhibition by Shinji Ihara to be held from July 29 (Fri) to August 20 (Sat), 2016.

Shinji Ihara looks to his close friends - people he loves - and to himself, exploring how these exist in relationships to others. Featuring primarily male figures, his work is already gaining wider public interest.

Titillating and drawing the viewer into solitude and an inner esoteric world, his paintings hold a unique fixation … as viewers we are confronted with disquieting palpitations within our innermost primeval selves.

Since 2010 the sheer vanity and intricately intertwined traditions and histories of Matsuri behind its aureate exterior have transfixed and waylaid Ihara on a path of continuous exploration for his《MATSURI》series.

The usual landscapes and crowds, Ihara deftly prunes out of each painting, highlighting the painstaking details of each figure. The impression of these images becomes suspended … an obliviousness to the passage of time … representing the artist’s self-imagined backdrop.

“The primary image and memories that spring to mind when I withdraw into the innermost recesses of my heart, give me new inspiration for my work”Ihara says.

By gazing on anonymous male adults unnoticed by anyone, Ihara flawlessly breathes life into one’s very own senses - viewers themselves now replace the crowds in sync with the throbbing, pulsating motions and presence of the male bodies.

Ihara’s devotion to the illusion of Matsuri is laminated in each painting we see a depth, especially selected colorations and composition which buttress a vivid impression on viewers.

In this exhibition, the artist seeks to inspire appreciation for a vigorous and magnanimous beauty of humans flowing in the eventual undercurrent of ever-changing modern life.