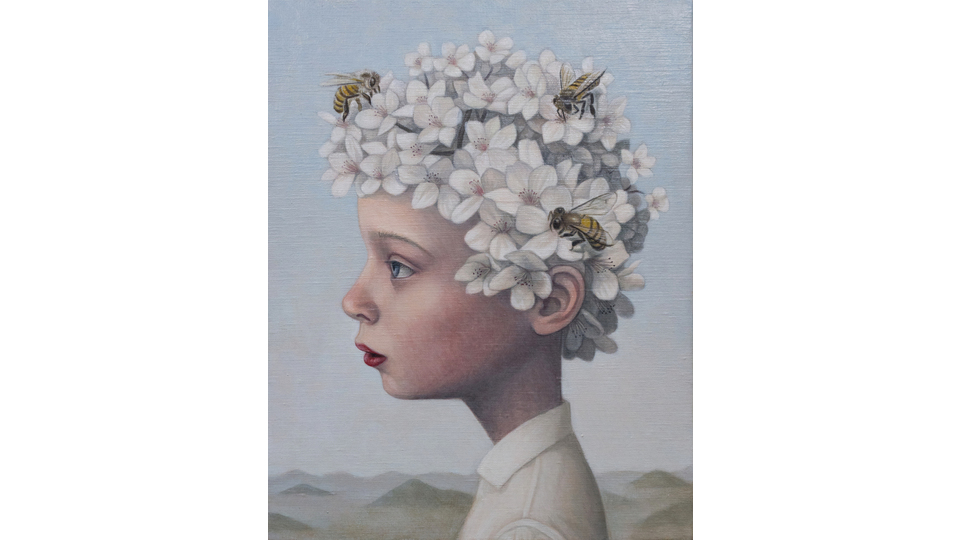 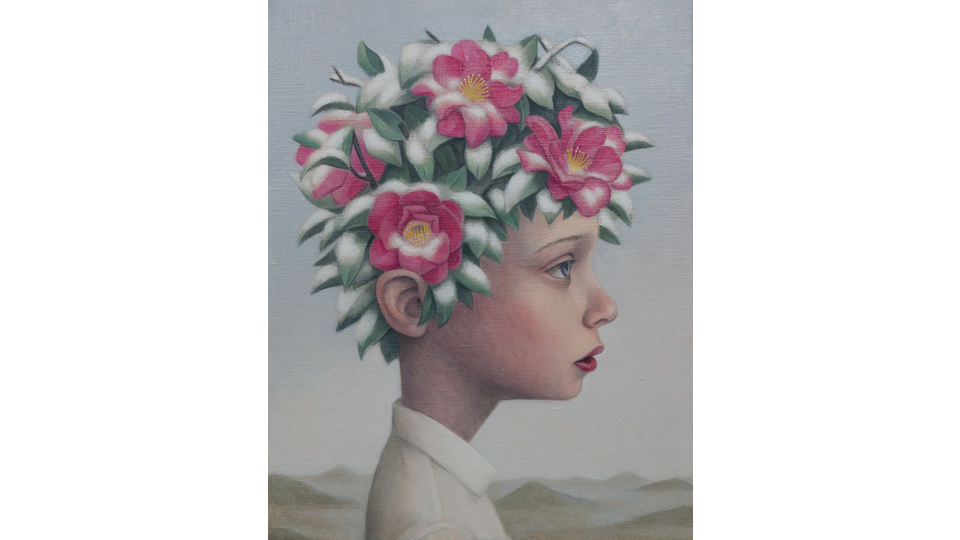 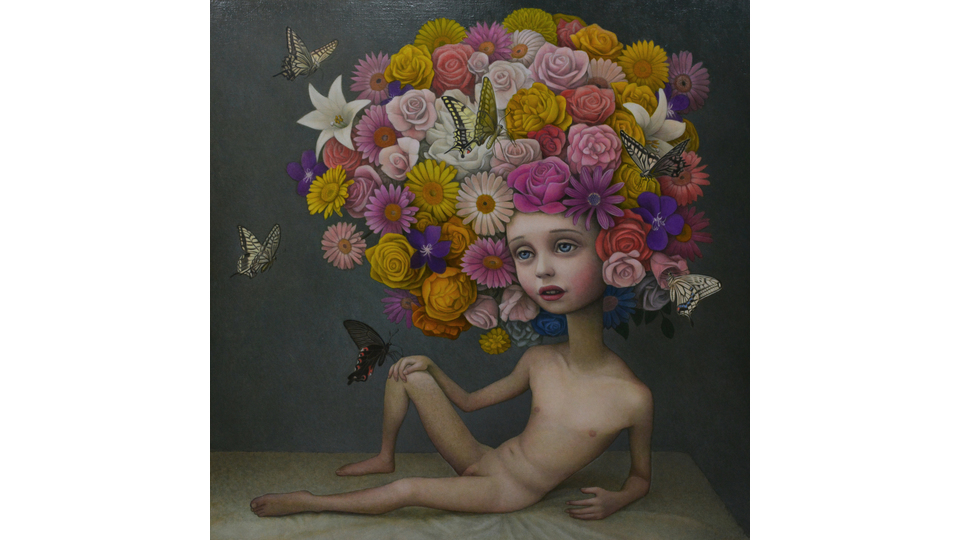 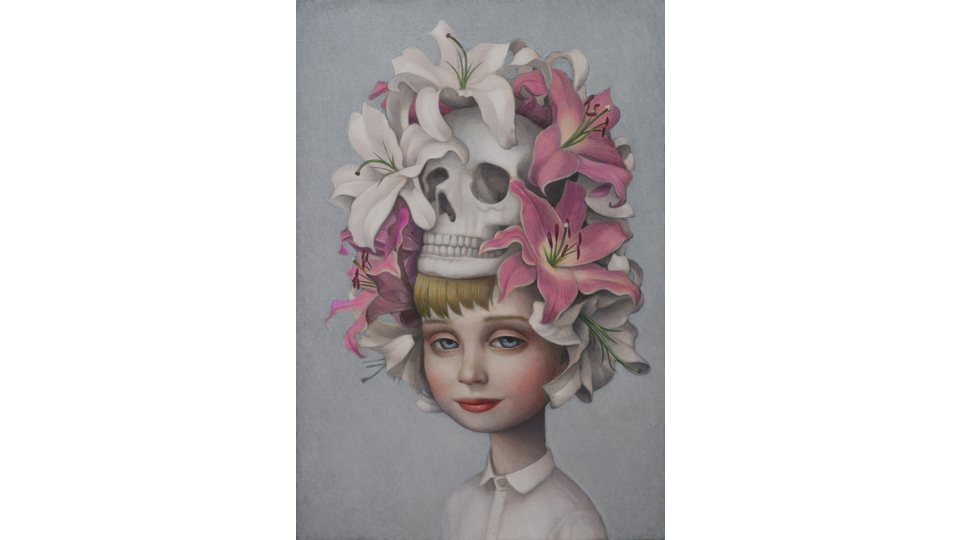 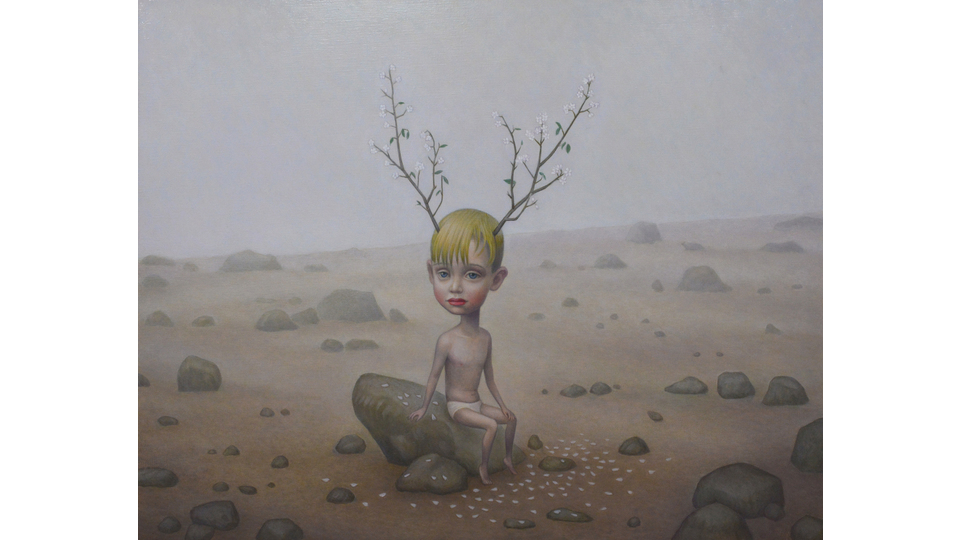 KEN NAKAHASHI is pleased to announce “flowers”, the third solo exhibition by Yasushi Ebihara, to be showing from July 3 (Tue) until August 3 (Fri), 2018.

Yasushi Ebihara was born in 1976 in Ibaragi. Hollywood actors, child star or gorgeous couture items as motif, he uses paintings, photography, sculpture and performance to draw attention to the fleeting beauty and tragic sentiments of existences that are exhausted by consumerism and faded away from our memories in the flow of time.

‘Something of a flower figure' as the theme, this exhibition will be comprised of the new portrait series referencing Western Paintings such as Piero della Francesca’s Portraits of the Duke and Duchess of Urbino, Goya’s La Maja desnuda, Andy Warhol’s self-portrait, incorporating the landscape of Mt Zao - a volcanic mountain range in Tohoku, where Ebihara visited in summer 2017.

Child star, Macaulay Culkin who will continue to live forever in the movies, and Ebihara’s friends are repeatedly depicted using painting methods transmitted from the 15th century. Several thin layers of oil paint are overlaid by a thin tender brush, producing vibrance, clarity, and a fine texture on the surface.

They wear seasonal flowers on their head like a flower ornament called Kazashi used for a long time in traditional Japanese ritual. Swallowtail, butterflies and honeybees suck nectar from their flowers. The eyes are wide open, trying to escape from inevitably haunted demotions of time.

It could be said that they are portraits placed in an illusionary coffin, Vanitas paintings of sort, liberated by Ebihara. By repeatedly drawing as if to consume the representation of death, Ebihara focuses on moments distorted by off-screen aging, deterioration, embrace of illusion, and brings awareness to our culture’s fixation with youth.