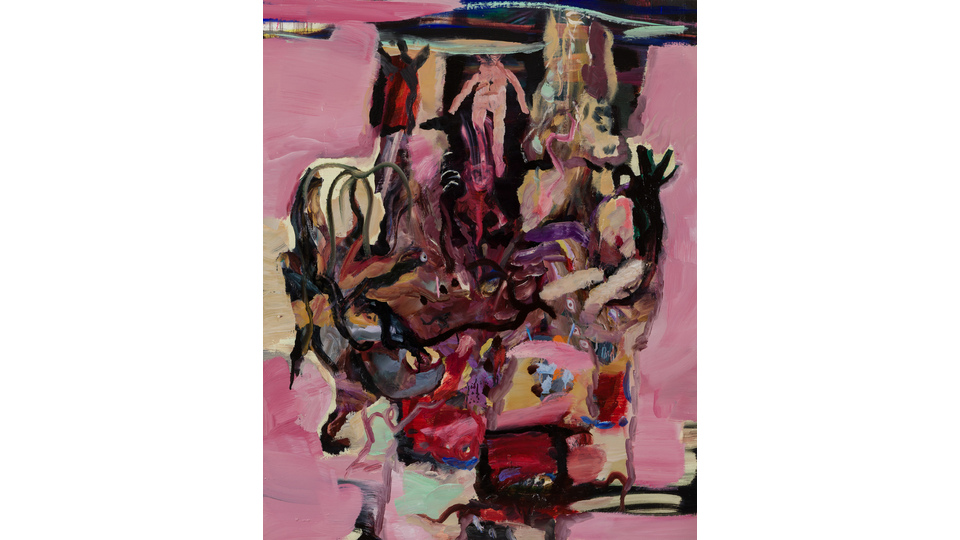 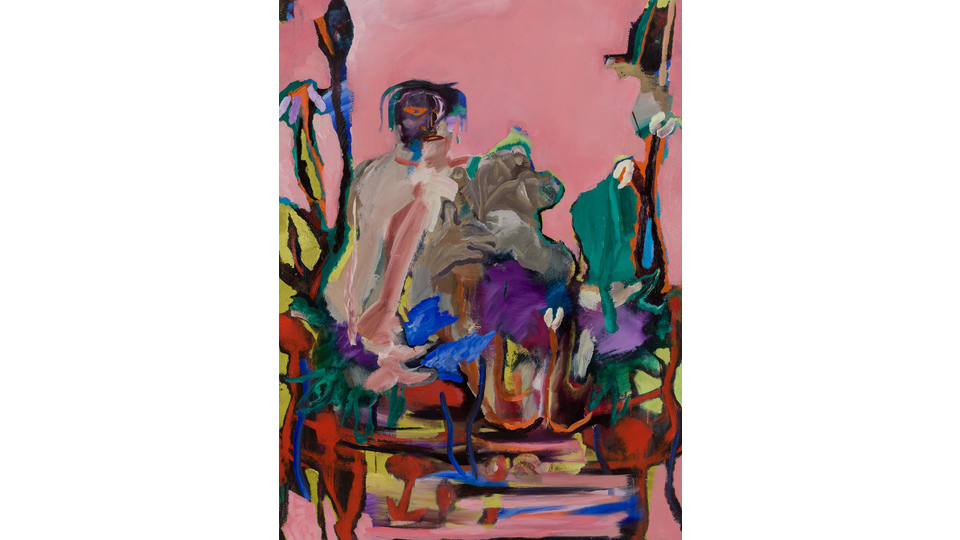 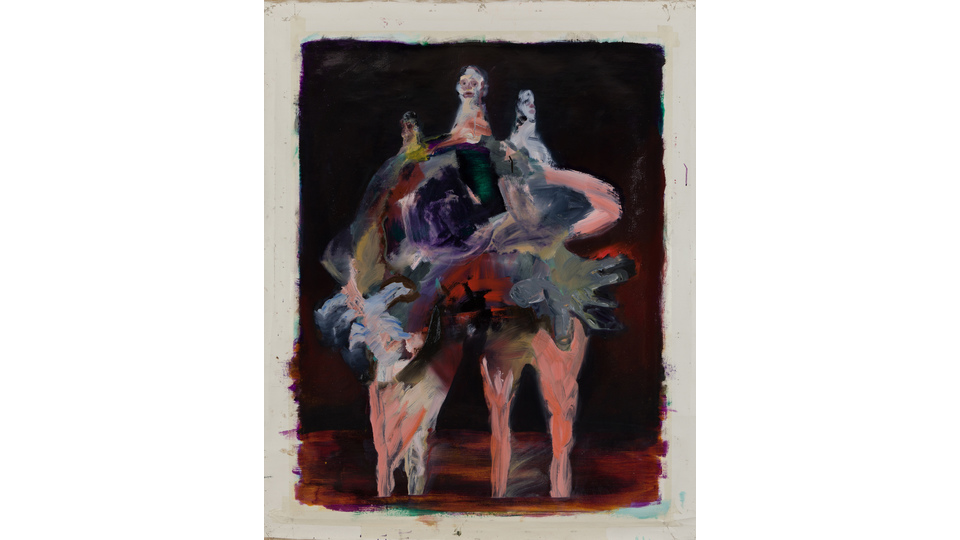 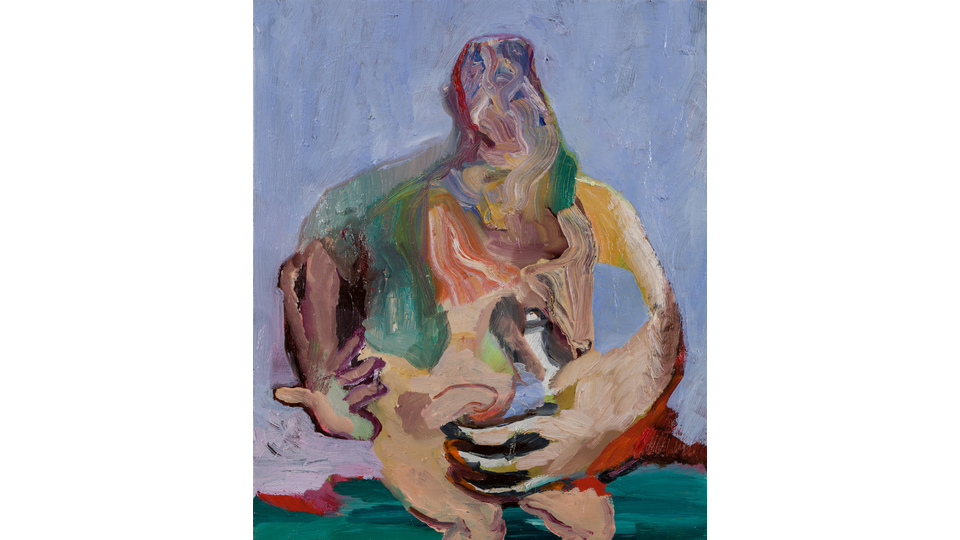 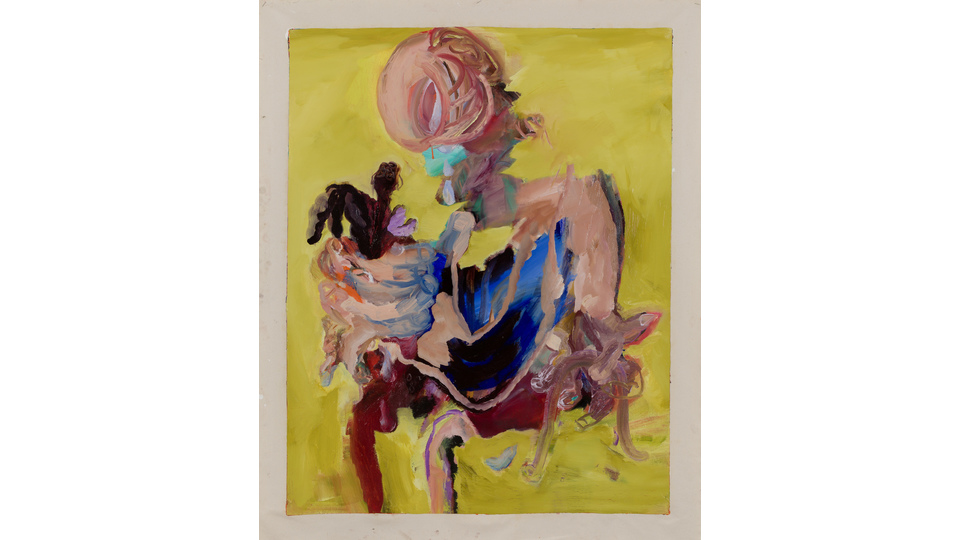 KEN NAKAHASHI is pleased to present Anökumene: Land exiled as uninhabitable, a solo exhibition by Mariko Matsushita, to be held from September 16th (Wed) until November 1st (Sun), 2020.

Matsushita has expanded her methods of expression beyond just painting, into a wider range that includes performance, video, photography, poetry, and sculpture. She has created numerous paintings and drawings depicting sexual bodies, an installation titled Red Room featuring her collection of stitched together red lace taken from women and children’s clothes including her own shirt, and a video work titled Little Fox in London, a several month story about seeking the foxes that dwell in the city of London. All of these works bare her soul pursuing the ‘primitive life’.

This exhibition comprises her new paintings, executed since the second half of 2019.

Mariko Matsushita was born in 1980, Osaka. B.F.A in oil painting from Kyoto City University of the Arts in 2004. In 2016, Matsushita received the Grand Prize for the "2nd CAFAA" Award, organized by the Contemporary Art Foundation and had a residence program at the Delfina Foundation in London in 2017.

In the fall of 2019, I finished my second trip to Europe and resumed working on oil paintings. The trip, including the Auschwitz-Birkenau State Museum in Poland, made me feel sombre to the point of almost becoming misanthropic. I've always been like a kid trying to see people’s bare backsides, but I was still aghast at the huge desolate site of the concentration camp and the small ghosts who appeared in the simply remodeled apartment inn in Krakow.

I drew a lot of drawings during the trip, so it wasn't difficult to move to oil painting. Like I always do, I jumped from the cliff into the abyss, entering the cave at the bottom of my consciousness, and pulling up something whispering out of the dirt. (We cannot remain intact when we bring the invisible into view and touch.)

In 2020, the world gradually became the world of the dead. I felt as if hundreds of thousands of dead souls were floating in the warm spring air, and it wasn't such an unpleasant world to me. I was withdrawn to my room and confronted with my paintings. Like thorns as huge as daggers, unsettling news and aggressive remarks tore my studio into pieces. One day, I felt the world completely reverse. After long rains, the sky shined silverly, the vines unfurled to new heights, and the energy of nature swelled as to burst...

At first I felt a void—‘the nothing’ and after a while that desert-like incandescent void grew. The air, the brightness, and the light all swelled, filling all space, until like an egg cracking from the inside, I was squeezed out into the glittering noon without a shadow.

The shadowless midday glare seemed to be a surface of persistently painted primary oil color. This glare was focused on everything that could be seen, and everything was ignited and engulfed in tranquility. The verdant and drooping sky fell, and was hung upside down in heaven and on earth, where it seemed likely to crash from my head and be sucked out of my eyes. Then the streets filled with light. The space that wasn't normally there swelled into the back alleys, and small invisible things were playing in the vacant lots of light. There were no shadows, no appearances, and the hollows, filled with light, were playing.

It seemed to be in the realm of the mind, isolated from the physical world, but through the days and weeks I returned to my original state, like returning to my shadow. I’m back, but feel like I’m in another Tokyo that has somehow been shifted since that bright and shiny day in the land without shadows, that was rejected by the rational idea of success and denied as uninhabitable.

From this, my painting has likewise become brighter. The amount of despair in the world hasn't diminished, but with Tokyo now out of alignment, I feel like someone has suggested that there’s no need to mind whether pain, despair, hatred, and death are portrayed in sparkling pink or yellow.